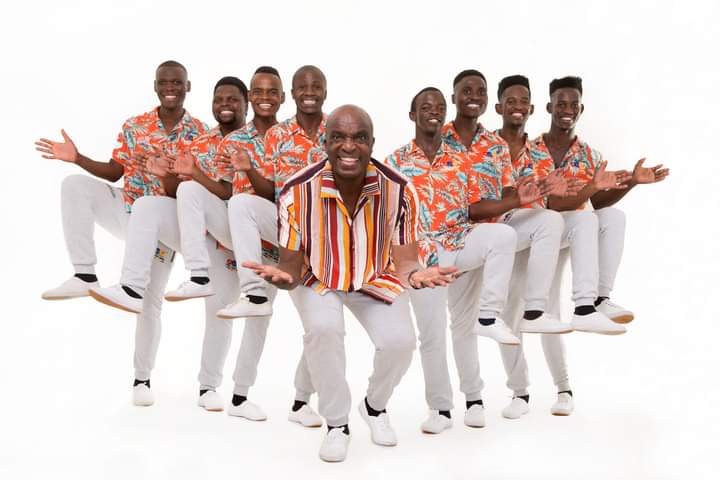 Kholwa Brothers will be competing in the acappella category.
Image: Supplied

Scathamiya group Kholwa Brothers are heading to Los Angeles to represent SA in an international competition.

Speaking to Sowetan from King Shaka International Airport in Durban, group leader Derrick Mlambo said they were excited to go to LA to represent the country.

The 11-piece group will be competing in the a cappella category.

“We are excited. It is the first time competing and representing the country. We will be competing with other groups in the same category.

“We believe that our sound is unique and will stand out. We have rehearsed and will hit them with powerful songs packed with messages and complement that with movements,” Mlambo said.

Choreographer and contemporary dancer Gregory Maqoma is relieved that his dance show Cion: Requiem of Ravel’s Bolero finally hit the stage after many ...
Entertainment
6 months ago

Mlambo, a primary schoolteacher in Durban, said they were able to qualify to compete in LA after winning the SA championships in Rustenburg, North West, in 2020.

Due to Covid-19, the group could not represent the country last year.

“The drive to enter even the SA championships was motivated by the fact that we have been doing well. People encouraged us to enter. We won against many groups from different provinces. We are going to sing six songs and we are going to make sure that people call for more.”

They have performed in Brazil and Germany. In 2018 they toured New York, Atlanta, Brooklyn, Washington DC, New Jersey, Baltimore, North Carolina and Silver Springs, among other US states and cities.

Mlambo said the KwaZulu-Natal department sports, arts and culture had sponsored the trip and they are grateful for it.

Mlambo said wherever they perform people liken their music to that of Grammy Award-winning group Ladysmith Black Mambazo.

“We get excited because Mambazo is a group that we look up to. They have done well promoting the scathamiya sound to the world. We are happy that our music is likened to our idols. We really want to be successful like them and tour the world.”

The University of Fort Hare will host a memorial lecture in honour of late scathamiya music icon Joseph Shabalala at the East London campus on ...
Entertainment
8 months ago

You do not have to be a religious person to be touched by powerful message in the song by award-winning gospel star Jumbo.
Entertainment
8 months ago

The 1980s were a golden age of SA pop and an exciting era in sport, TV shows, radio, fashion, theatre and other cultural spaces.
Entertainment
1 year ago
Next Article