How To Ruin Christmas towers over SAFTAS with 16 nominations 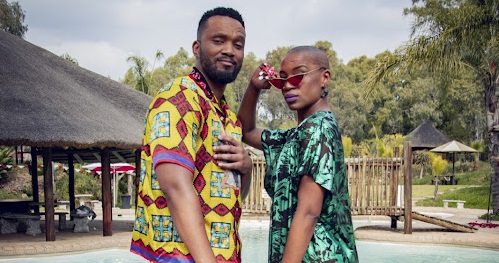 Actors Yonda Thomas and Busi Lurayi. The pair form part of the cast of How to Ruin Christmas: The Funeral.
Image: Mosa Hlophe

Netlfix comedy series How To Ruin Christmas Season 2 received the most nominations than any other show at this year’s South African Film & Television Awards (SAFTAS).

In feature films, Netflix’s film I Am All Girls got eleven nominations across various categories such as Best Directing, Best Cinematography and Best Feature Film. How to Ruin Christmas, Season 2 received an impressive 16 nominations. The SAFTAs were established in 2005 to honour, celebrate, promote and reward the creativity, quality and excellence of South African film and television talent and content.

National Film and Video Foundation CEO Makhosazana Khanyile said: “Last year, we faced our greatest challenge ever post-Covid and this year we celebrate the connectedness that helped us get through, while actively promoting optimism within our local industry. With the release of this year’s nominees, we are looking forward to a remarkable show that will showcase the creative innovation that our local industry has continued to display despite the circumstances that have been faced”.

Categories like Best TV Presenter and Most Popular Soap/Telenovela will be voted by the public. SAFTAs16 will take place on September 2 and 3 on S3 (SABC 3) and Mzansi Magic.

Behind the seams of ‘How To Ruin Christmas: The Funeral’

Individuality reigns in the return of the beloved local series.
Entertainment
7 months ago

After co-winning the 2011 Amstel Class Act competition, leaving acting after a short stint and then returning to the small screen, Abdul Khoza ...
Entertainment
3 months ago

Tina is making her television acting debut with the role.
S Mag
3 months ago

By the time the director broached the subject of his impending nudity in Showmax’s The Wife, Kwenzo Ngcobo hadn’t had a chance to invest in a tight ...
S Mag
4 months ago
Next Article