SPOTLIGHT | 'Elvis' in cinemas, along with 'Minions: The Rise of Gru'

King of Rock rolls out on big screens, and stand a chance to meet some yellow minions in our Spotlight studio 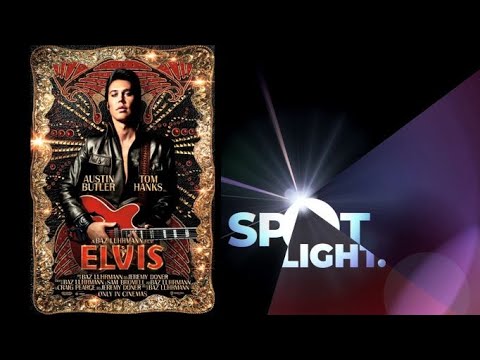 Spotlight’s focus this week is on big cinema releases, and kicks off with the long-awaited Baz Luhrmann visual feast, Elvis. The King of Rock is seen through the lens of his complicated relationship with his manager, Colonel Tom Parker (Tom Hanks), from Elvis’s initial rise to fame in the 1950s to his unprecedented stardom and growth into the rock ’n roll star who changed the world with his music.

Olivia DeJonge (Priscilla Presley) and Dacre Montgomery from Stranger Things also star, but the glowing reviews are reserved for Austin Butler as Elvis. A combination of his voice and that of Presley’s was used to achieve goose-bump levels of authenticity. This breakout performance saw Butler devoting two years of his life to the film. It is showing at cinemas nationwide from June 24.

Ahead of the big holiday animated releases for the family at cinemas, Spotlight has a look at Minions: The Rise of Gru, showing from July 1. Make sure you don’t miss a chance to meet minions Stuart, Bob and Kevin next week in the Spotlight studio. Head over to @Spotlight South Africa for competition details.  Another animated comedy coming to cinemas at the end of July is DC League of Super Pets, with the voices of Dwayne ‘The Rock’ Johnson, Kevin Hart and Keanu Reeves.

We also look in on next week’s horror genre cinema release, Men. This insanely nightmarish horror movie, perfect for fright-night fans, is at cinemas from July 1.

For a list of current and new movie trailers & interviews and more, visit our Spotlight Facebook page. See you at the movies!

Presenter Collette Prince is styled and dressed by We Are Egg. Shop online.

We Are Egg is a beautifully curated, experiential department store of local and international fashion, beauty, home, jewellery and food. More details on Instagram about Collette's look of the week here.

This week Spotlight is giving away Elvis movie merchandise, and also stand in line to win some IMAX tickets courtesy of Ster-Kinekor cinemas.

Winners will be drawn randomly and notified by SMS after the competition has closed.  Entrants’ personal details will not be retained for marketing purposes. Winners have to provide proof of age (ID/driver’s licence) and cover their own travel and accommodation expenses. By entering participants agree to have their names published on TimesLIVE, SowetanLIVE and Spotlight South Africa on Facebook. Employees of Arena Holdings and their family members are not eligible to enter.