Moonchild Sanelly doing it for the girls 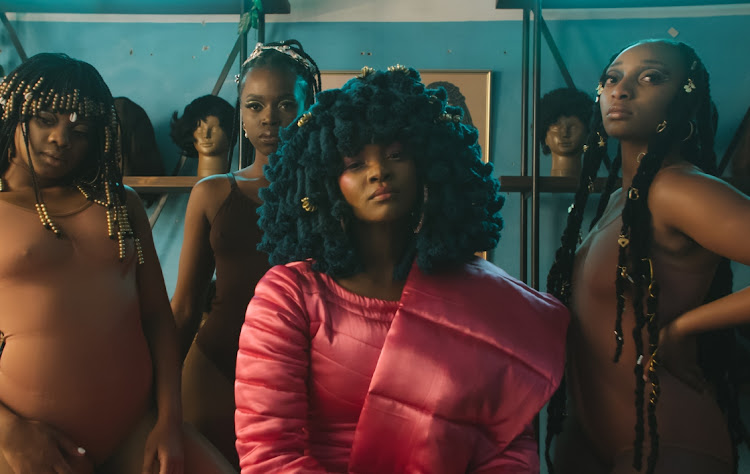 Moonchild Sanelly has built her career around representing women in all their differences.

In fact, she attributes her brand to promoting not only body positivity but self-love and acceptance in all its facets.

Her latest album, Phases, is no different to this doctrine, borrowing from her own life story of the different phases of her life and her relationship during the two years of lockdown. She aims to represent different women of the world and what they go through while showcasing that there is no wrong way "to woman", as she describes it.

The performer started recording this project in the thick of lockdown, from her home and from various AirB&Bs, working with a lot of international acts such as  Grammy-award winning producer Tokimonsta, who is based in LA, and local creatives such as Lunatic, Theology, Sir Trill and Blxckie, among others.

“Phases represents every shade of girl, where I seek to remind them that having a vagina is an adventure sport, therefore one should celebrate what keeps them alive; what makes them happy; what keeps them shining.

"And that the world will have to adjust to them and their own world that brings them joy. So this album represents every type of girl, the ones you’d call a stalker, the stripper, the side-chick, the emotional one and the tough one – every shade of women,” she said.

“I am so proud of the work that I have produced. I have started performing the material with the international market and the response has been ridiculous,” she said.

The 35-year-old is currently on an 18-international country tour with English band Gorillaz, and shares that the phase she finds herself in life right now is a global phase. She further dubs the tour as chasing summer while making money and will be returning to SA in summer.

And while building her career outside of industry norms, Moonchild Sanelly said her tough journey is a testimony that she hopes inspires women to be unapologetic – although being a role model was never her intention.

“It’s never easy to do your own thing because no one has a reference of having risked it with this particular genre as well,” she said, speaking about her genre in pop. “I have been rejected for this genre for so long, that’s why I had to do exceptionally well as an independent for the longest because it’s that thing of me – believing in myself.

“It’s actually harder to be a pioneer but it’s called pioneer for a reason because it's not easy. It’s easy to jump onto an ocean that already has waves. But it is different to being in Joburg with no ocean and creating your own wave. So you build a pool, make fake waves and surf it

Moonchild Sanelly, real name Sanelisiwe Twisha, has had to make sacrifices for the success of her career, and now reaping the rewards of being recognised internationally proves that she has always been on the right track.

“My music means that I am able to open more channels of freedom because the same things I was rejected for in 2015 on television in SA, there are so many more musicians and women owning their bodies now in the industry. I definitely played there. So seeing this change is epic without even getting the recognition for it.

“I am very proud that I still liberate and empower women to not have to deal with society’s oppression,” she said.