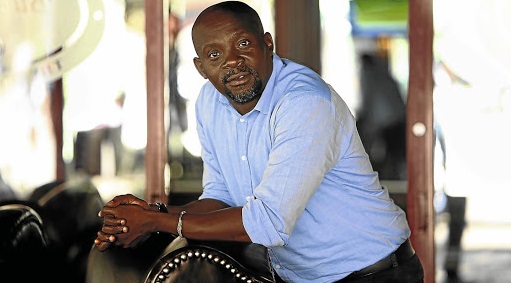 Ngcobo, who has been working as an artistic director for the Market Theatre Foundation for nine years, was announced as JCT new addition on Tuesday.

Ngcobo, who has an established profile in all artistic corners, will take up his new position on July 1.

Armed with a lot of experience, he will be responsible for developing and implementing an artistic vision for JCT’s 10 spaces at Joburg Theatre, Roodepoort Theatre and Soweto Theatre.

He will also work at the newly refurbished Jabulani Amphitheatre in Soweto.

"He brings the experience and expertise to elevate JCT’s offering in continuing to deliver quality performing arts and entertainment productions that are attractive to both traditional and regular theatre goers, but also to new and diverse audiences.”

Nduneni-Ngema said that Ngcobo is an award-winning actor who metamorphosed into a multi-award-winning director and has a reputation for artistic excellence.

“He brings extraordinary experience as a dynamic and respected artistic director to Joburg City Theatres with 15 years across various theatre verges. He has worked in theatre, television and film as an actor, producer and director. He became the first black artistic director of the Market Theatre Foundation in 2013 where he was previously Associate Artistic Director working with Malcom Purkey from 2006 to 2007.”

Ngcobo said after spending "a good nine years at the Market Theatre, it is time for change".

"It is absolute exciting for me to join Joburg City Theatres. I've always loved new challenges and I am looking forward to the new challenge and also working with a dynamic board. Joining Joburg City Theatres is part of the curating job that I have been doing for years. When I start, I am going to give myself time to understand the three theatres, how they work and start working on the programme. But I have time to adjust because the current programme of the theatres will go until November. Mine will start in January next year.”

JCT board of directors chairperson Zane Meas said he has known Ngcobo for many years and have worked together on a number of projects.

"We are excited for him joining the Joburg City Theatres team and to see the fresh energy and ideas that he will come with.

“The board is looking forward to a great working relationship with James as we know his work and work ethic throughout the years. May this be a long and fruitful period not only for him but also for Joburg City Theatres.”

Ngcobo is acquainted with Joburg City Theatres’ stages and the City of Joburg arts programmes.

He was appointed as an artistic director for Arts Alive from 2009 to 2011, where he was responsible for the curation of an enriching cultural programme for the residents of Johannesburg as well as ensuring that all genres of performance and music were represented.

Playwright calls for acceptance of people living with albinism

Dancer and actor Siphenathi Mayekiso, who has co-written a play about albinism, has called for acceptance of people living with albinism.
Entertainment
1 week ago

With a career that spans more than 27 years as a creative director, playwright and performer Napo Masheane will be curating her first-ever local ...
Entertainment
3 weeks ago

The University of Johannesburg (UJ) has honoured the late renowned poet and political stalwart Prof Keorapetse William Kgositsile by naming its arts ...
Entertainment
1 month ago

It was in 2007 when former Joburg mayor Amos Masondo announced the construction of a multimillion rand theatre in Soweto.
Entertainment
1 month ago
Next Article