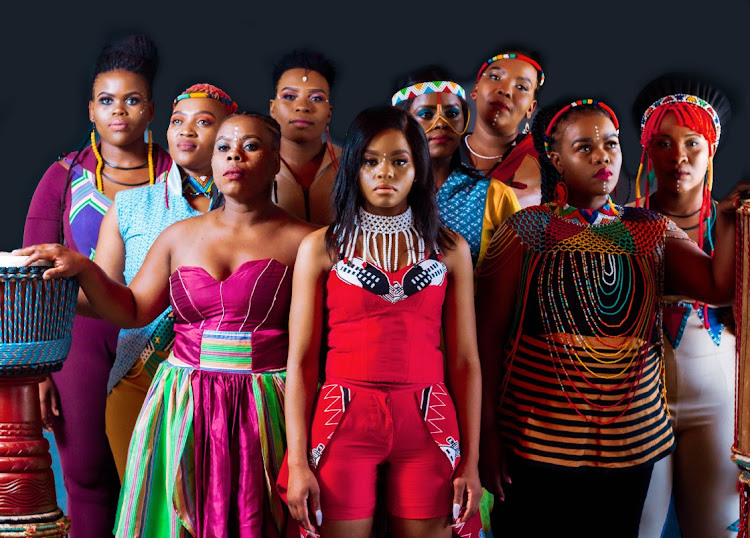 Abafazi Bengoma will perform at a Mother's Day celebration in Soweto.
Image: Supplied

Abafazi Bengoma, an all-female band that comprises nine musicians from Soweto, Alexandra and the East Rand, has made an international name for the group.

The group has performed at various international stages, where their way of dancing, musical abilities and creativity has been praised and somewhat likened to what the late Miriam Makeba managed to achieve overseas – producing original sounds and keeping to their African roots.

But before building a brand that is now dubbed as the "Pearls of Africa" overseas, seven ladies who worked for a music agency, Drum Café, decided that they wanted to establish a unique group in 2003 – an all-female band that offered music performances that were charged with original composition and choreography, coupled with vibrant and eye-catching costumes and dance. That is when Basadi le Meropa was born.

The success of that band saw them travel all over the world, adorning big stages such as The One Love concert in Jamaica in 2006, The Festival Munial in Holland, performing at the 46664 concert with international award-winning artist Shakira and also opened for the 2010 World Cup.

But as the band’s identity grew, some members fell off, leaving just five members from the original band.

They then decided to re-audition in 2016. Five new members were added into the family and the band rebranded in 2017 to Abafazi Bengoma, while on their first four-month-long tour to the Netherlands, to continue the work.

One of their band members, who was also part of the original band, Xolisile Mjali, has since passed on.

“When we joined and rebranded group, it wasn’t about changing what the original group was doing but we wanted to grow as musicians. But what differed from the previous group is that Basadi le Meropa had women do one thing in the group.

“What we wanted to achieve is that all the women be proficient in all art forms. So, we do not have a specific singer or one single drummer. All the women in our group can sing, so that all women can showcase their talents fully,” said band member Nosipho Mtotoba.

Mtotoba, like the other band members, has backed for a lot of local artists like Zahara, Maleh, Neyi Zimu and Omega, among others.

The multitalented Abafazi Bengoma specialises in playing varying instruments such as drums, percussions and the djembe, while singing and offering skit performances.

But while the group has achieved great success overseas, Mtotoba admits that they have struggled with creating a local rapport as their music has not been widely received here.

The proof is in how their EP was received overseas more than locally and even how they received international support for their online concerts during the lockdown more than here.

“It has really been tough here at home and maybe that’s why we have capitalised on the international attention that we get. In the past, we’ve wanted to stage shows but we haven’t been winning. It’s not nice not having your own acknowledge you. We want to be known here at home,” she said.

Before leaving for their next travel in November – a cultural exchange recording in Amsterdam with an all- male group – they will be staging various performances here, their first being a Mother’s Day celebration at the Soweto Home for the Aged.

“We want to give back to our own first and try to get our name out there. While we do so, we hope that our own will also recognise us. We pride ourselves in representing SA so much that we hope that our music will resonate with our own locally.”

Nicki Minaj, Chloe Bailey and the Kardashians - see who won at the red carpet event.
Entertainment
3 weeks ago
Next Article