The Real Housewives of Lagos has ingredients of a super show 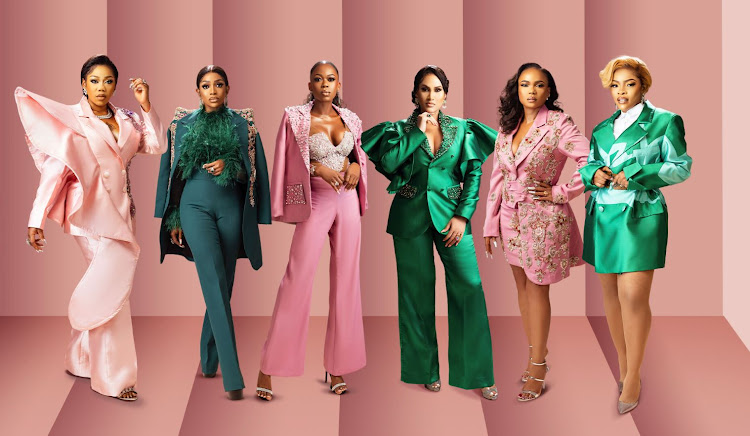 Cast members of The Real Housewives of Lagos.
Image: Supplied.

Showmax’s spin-off reality TV show The Real Housewives of Lagos (RHOLagos) that debuts in two weeks time, has set tongues wagging in anticipation since its announcement.

Like the other Housewives sequels, Lagos will bring six beautiful women of Lagos who live opulent lives in one way or the other.

The divorced mother of two said as a lover of The Real Housewives franchise, she is open to new adventures and experiences that The RHOLagos will provide for her.

“I want to entertain the world. I also want to use the platform to expand my brand, and a chance of sisterhood with creative and industrious women.

The entertainer, who claims that "she is the show", said she was not afraid to bring people into her life because she is very secure in herself.

“One thing I’ve learned is that people will always show you who they are, you just need to look well.

“I am bringing 100% of myself with zero fake zone. I am fabulous, fun, fierce and I think people will enjoy watching my life,” she said.

“Haven't you heard? I am the drama queen.... literally and figuratively,” Ojo said.

The other ladies are no strangers to her, and says her children are super excited about her joining the show.

“They think they are ‘The Real Kids of Lagos’. Fans can expect all of me, and some extra. I will not entertain pride, pretense and fakeness. I haven’t really watched RHOJ or RHOD, but I love the Beverly Hills and New York franchises.”

Ojo will be joined by Carolyna Hutchings, the CEO of Hutchings Limited; social media influencer, author and entrepreneur Laura Ikejiis; Chioma Ikokwu, who is a lawyer; as well as co-founder and CEO of luxury hair brand Good Hair Ltd, renowned celebrity stylist, fashion designer Toyin Lawani-Adebayo; and Mariam Timmer, who is a PR expert and chief executive director at Six Sixteen Agency.

"In Uthando Nesthembu, it is all of us sharing a space, but in this reality show the focus will be on me. People will know who I am and what I do ...
Entertainment
4 months ago