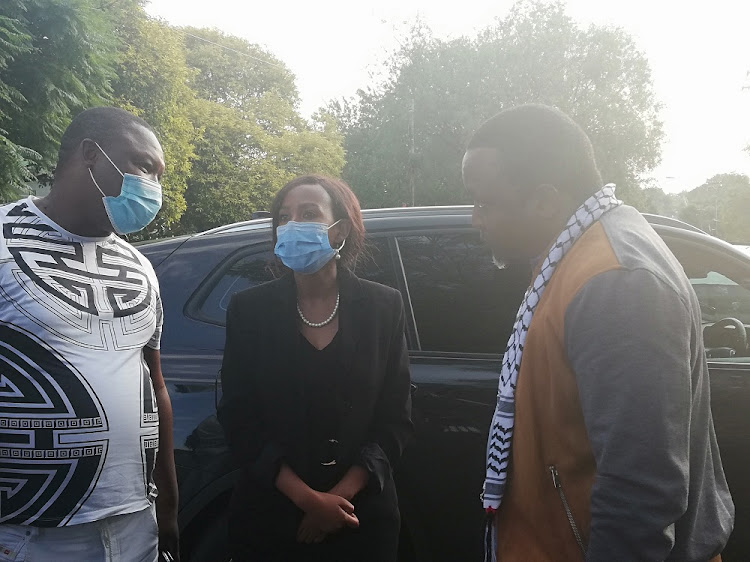 Gauteng MEC of sports, arts and recreation Mbali Hlophe paid a visit to kwaito legend Bonginkosi 'Zola 7' Dlamini on Friday afternoon. The visit comes after intervention calls from worried fans who had seen pictures of the artist looking scrawny and sickly on social media.

Hlophe arrived in Melville with her team followed by Zola 7’s friends, colleagues of the industry. Outside his yard, a long queue of mostly expensive cars line-up on the side of the road. Among famous faces who arrived was Molemo “Jub-Jub” Maarohanye, Gigi LaMayne and former Kaizer Chiefs soccer player Siboniso Gaxa.

The media was banned from entering Zola 7’s premises and not even allowed to film next to his house.

Hlophe said: “I wanted to verify how things are and see how we can intervene. We are visiting him for the second time since he took ill. We came just before Covid-19 started. This time, we had a meeting with him, his wife, sister and other artists who came .”

"Zola is a whole legend yet black Twitter see nothing wrong in him groveling," said Nota.
Entertainment
2 months ago

“The wife told me that those pictures were taken two years ago. Like anybody who has not been working for some time, Zola 7 has his issues that he is dealing with and it is not as severe as what is presented.”

Asked what came out of the meeting Hlophe said: “I said to him we need a proper sit down to discuss things he requires. But we feel we can integrate him to the department’s programmes. It is not our first visit. He is a legend and has done a lot for the genre we can integrate him to our programme where we take legends to schools to work with young kids.”

“But there are also other issues that relate to what artists are going through at the moment where he has a passion. As someone who also experienced ups and downs, he is open to using his voice to talk about issues like depression that is prevalent among artists, financial management, and substance abuse. What I noticed about him is that he is full of hope.”