Bubu pours her heart out on new eight-track EP

True to its name, the album documents a tale about a love found during the lockdown, in this case being the singer's very own love story, that unfortunately ended even before it fully fledged when her then partner ghosted her 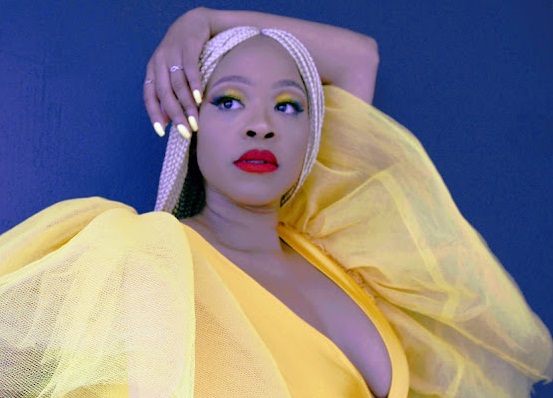 Award-winning singer and TV presenter Pilani Bubu is back with new music and will release her anticipated body of work titled Lockdown Lovestory at the end o  March.

True to its name, the album documents a tale about a love found during the lockdown, in this case being Bubu’s very own love story, that unfortunately ended even before it fully fledged when her then partner ghosted her. Ouch!

Although not a unique story, as we witnessed plenty of relationship woes during the hard lockdown period, those experiences have not been properly documented.  They range from  accounts of deep loneliness to budding romance and hurtful experiences that took place throughout those abnormal days.

And Bubu tells it all in an eight-track EP.

“I had to keep it as an EP because I am telling a very short story and I knew adding another track would have turned it into an album but that would have diluted the experience and what I actually wanted to tell,” said the singer.

She met someone on the virtual streets and as they continued to speak, a relationship subsequently developed.

IN PICS | Inaugural Basadi in Music Awards launched in style

The launch of the inaugural Basadi in Music Awards ceremony went down in style on Tuesday night at the Joburg Theatre in Braamfontein. The do was ...
Entertainment
3 months ago

“...the lockdown lasted for so long that the idea of yearning to see somebody started creeping up and that is how the first single was written. The song is titled As We Lay and it describes the moment in which I would meet this person and I remember telling them that I would write about that experience but that I would hide it in music because I am such a private person,” she said laughing.

The love affair happened right as she decided to collaborate with many artists and therefore most of the team she worked with came from Kenya, where she also hosted a listening session in honour of those who participated on the album.

As We Lay spring-boarded the whole project and that is when Bubu started documenting the relationship even more.

“I remember a moment within the relationship where we decided that there was a greater desire, that the spark had to be more than just something small and we needed to know whether this interest that we had in each other was infatuation or lust or if it was real. So, various songs kept being inspired from those experiences — going as far as being high on someone.”

The album becomes that platform where she processes her feelings openly. Processing the different nuances that the lockdown brought romantically for different people — elements where people were having other outside relationships because they were possibly bored with their current relationships or some were looking for something different.

Speaking about the power of music, she believes in music being the vehicle of uniting people.

“And with the Lockdown Lovestory, my fundamental intention was to go back and create these reunions. One, to break us out of the bubble of where we are which is still insular, which is even more insular than we've ever been. And to create a highly optimistic culture that says that we can still connect,” she said.

Lockdown Lovestory packaged as an ode to RnB and neo-soul, making references to 90s-2000s teen nostalgia in the music production as well as the visual storytelling.​

The Basadi in Music Awards, a first of its kind women focused awards ceremony, will be launched tonight (TUESDAY) at the Joburg Theatre, in ...
Entertainment
3 months ago

Dlozi drums his way to the Grammys

Indigenous singer and drummer Phila Dlozi is among many invited guests to attend the 64th annual Grammy Awards, which will take place in Las Vegas ...
Entertainment
3 months ago
Next Article