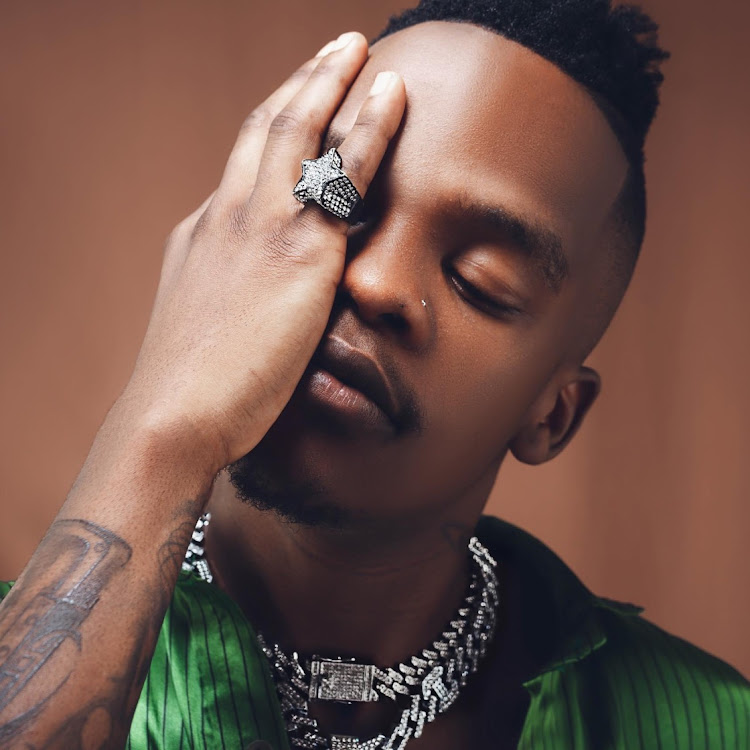 Music producer and singer TNS has defended his post about his own depression, saying he was not piggybacking on Riky Rick's death to promote his song.

The Umona hitmaker (real name Nkazimulo Ngema) raised a few eyebrows when he tweeted: "Before ngizibulala ngzonipha ingoma yokugcina…ithi KUBI. Thank you. (before I kill myself I’ll give you the last song…titled KUBI. Thank you). The tweet was made a few days after the passing of rapper Riky Rick from an apparent suicide.

Speaking to Sowetan at the weekend, TNS said he had been battling bouts of depression.

“When we, as artists, come to the very people that find their healing through our music, to seek conversion, consolation or just to even vent – we are met with so much hostility. It is like we are not expected to have bad days but rather live like robots. Always happy and never sad, and that is unfair,” he said.

“Artists also face deep obstacles in their own personal lives but fans forget that they were once healed by our music. Instead, they are the very people who turn around and make fun of us. The problem is exactly that, who do we run to? Who do we communicate with about our feelings?”

His tweet has been met with some skepticism, with some people accusing him of using someone else’s death to seek attention on social media. "I think the attack on me is because people think I am riding on Riky’s death and I am not. I have been going through a lot and I wanted to share.

"People need to show love on social media, and stop flip-flopping between loving you on stage and spewing hate when we express our emotions to them. We do this on our individual pages, where we can share a little bit of how we are feeling but people poke at our problems right after we have healed them through music,” he said.

“These are the very people that will hug and take pictures with us but turn around to swear at us,"

The 21-year-old has had his fair share of trouble in the industry, including public spats with fellow artists. He also took time off from the limelight to seek help before he returned with new music this year.

“Music and prayer have played a huge role in keeping me sane. That is why I love music," he said.

Social media seems to have allowed more men to come out about their mental challenges, including depression.

Dr Vuyo Yokwe, 40, says the rise of more men coming to the fore is due to digital transformation and social media, where various platforms have encouraged conversation that tests the idea planted by society that Indoda ayikhali (real men don't cry).

Yokwe has had to deal with his own depression and has since created  MindZone, a social media platform encouraging people to seek help.

“People now want to express themselves. The weakness, however, that is associated with a man who speaks up is still terrifying for men. The department of health is also behind welcoming the idea of new generation expression. So they are behind balancing the new willingness to express and the fear to come open as a man.

"The department is still reading out toll free numbers for suicide helplines. That is an old method. We have scores of psychiatrists and psychologists but men simply will not volunteer," he said.

Yokwe says there is always help available for people going through challenges.

"All of us have these dark times. Many have lost their ability to put food on the table and feel weak before their partners. There are many issues and maybe yours is bigger than mine but each of us has to have that one aunt, uncle and cousin that you need when you feel that things are hard."

“I could not take Riky’s death. I was destroyed because I blamed myself so much," DJ Black Coffee revealed at Riky Rick's memorial service on Friday.
Entertainment
2 months ago

Grieving on social media exposes rogue in most of us

We need to stop being gossipmongers of celebrity deaths.
Opinion
2 months ago

Men silently battling with depression and other mental illnesses

According to the South African Depression and Anxiety Group (SADAG), there are at least 23 known cases of suicide in SA every day.
Opinion
2 months ago
Next Article