Lizwi uses her voice to make her mark globally 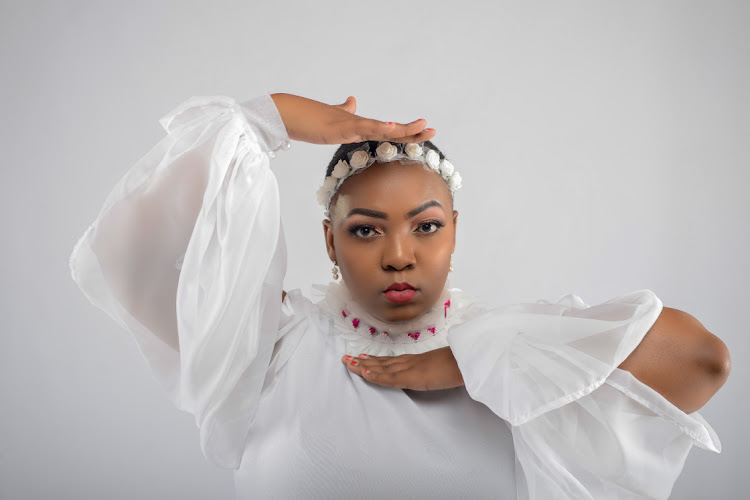 Afrohouse queen Lizwi has star quality and is bound to flourish and make her mark internationally.

Thanks to people like Black Coffee who included her hit song Traveler in his mix and played it at the famous Ibiza in Spain — a move that introduced her to international audiences. Since then Lizwi’s star has been rising and her name is now known in the UK, France, Greece, Kenya, Zambia, Mozambique and Holland.

Her music has been dominating the dance floor in Europe and enjoying airplay on BBC radio stations . It does not end there.  Lizwi, a self-taught DJ and guitarist, has collaborated with dozens of international DJs.  She is one of the local stars who are embraced by the world more than in her country.

Locally, she has collaborated with Revolution DJ Qness, Afrikan Roots, DJ Sbu, Ladysmith Black Mambazo, Benjamin Dube and Euphonic.   Traveler has about 100 remixes which are done by different DJ. Produced by Demour, Traveler was part of the Top 100 of Track source's most selling singles.

Her song Igama Lami featuring Kryptic from the UK is played on BBC Radio 1. “For Black Coffee to feature my song in his remixes opened doors for me to pursue an international career. I will forever be grateful for that. Since he is well known abroad, producers there wanted to know this person was behind the voice.

“I started getting emails and DM’s from producers who want to work with me. I have realised that international producers love people who sing in their indigenous languages because this breaks easily in the international market. I appreciate these opportunities,” she says.

Lizwi, born Nokuphiwa Mbatha, adds: “When I hear my music playing on globally recognised radio stations like BBC Radio I get inspired.  I know the radio stations love my music and I am delighted about that.  This shows that there is progress in what I am doing and the world appreciates my music.”

For someone who has an established international profile, Lizwi allows music and her talent to speak for itself. Her plan is to focus on establishing herself locally and push for more live performances.

“I believe that everything has its own time. I continue to do this because I have so much love for the people. I am not doing music for fame. I do this to touch people’s heart. I have been getting these amazing reviews from people and that is very special to me. I get speechless when people all over the world send me videos showing me love.

“I remember this other time a DJ and producer from Greece sent me a direct message on social media, saying he loves my music though he did not even understand a word about what I am singing about because I sing in my indigenous language. Looking at the way I am singing my songs he just fell in love with my voice and music,” Lizwi says.

Born in Mzumbe, KwaZulu-Natal, and growing up between Umlazi and Pinetown in Durban, the singer says she had plans to tour Europe in 2020 but could not go due to the outbreak of Covid-19.

In starting her mission to let local music fans into her world, she dropped two singles — Abalamu Bami and Ininiva — last month. She is set to drop Sky Is The Limit by the end of the month. Lizwi, who is yet to drop an album, has released more than 50 singles, some featuring local and international producers and DJs.

Her music that wows the world is inspired by her own livelihood, how she was raised, and some songs are about appreciating the small things in life. “I fully believe that the gift comes from God and my ancestors. I respect it so much and I pray a lot and seek guidance from God and them. I do have love songs, but most of my music is always inspired by Bible scriptures.

“Take the song Sky Is The Limit, it is a prayer by a mother for her child to do well because there is nothing stopping him or her. I believe that God is the one who grants us the vision. At the moment I am enjoying being an independent artist because I am able to explore.”

Lizwi dropped out of school when she fell pregnant and after her son was born she opted to pursue music.

'I started producing at a very young age… at that time, all I wanted was to hear my voice on a beat, and it was so cool for me'
S Mag
4 months ago