Patrick Shai described as a loving and resilient person

The actor, who was also a gender-based violence (GBV) activist was found dead in his Dobsonville, Soweto, home by his wife Masechaba last Saturday 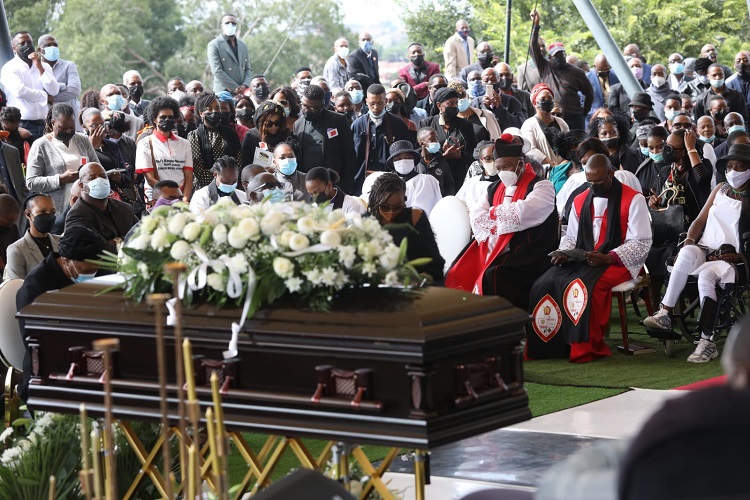 Actor Patrick Shai was on Saturday described as a loving, caring and resilient person.

Colleagues family and friends attended the stage and TV actor's funeral service at the Soweto Theatre in Jabulani.

Shai who was also a gender-based violence (GBV) activist was found dead in his Dobsonville, Soweto, home by his wife Masechaba last Saturday.

Family representative Pat Kgamedi told mourners: “Pat wrote 65 chapters of his life and it December he was celebrating. He had already started writing the 66th chapter of his life and unfortunately he was called to rest. We want to thank the acting industry and public for taking care of him.

"We are very proud of him as the family. He was always available to us despite his hectic schedule. He was a humble man indeed. Out of the 65 chapters he wrote three were the highlights of his life. He had a capacity to be remorseful, ability to say sorry and gracious to say thank you.”

Actor Nakedi Ribane who acted along side Shai in Bophelo Ke Semphekgo in 1985, said: “Bophelo ke Semphekgo became a popular show. We were young energetic, enthusiastic. He was quite knowledgeable about the industry already at that time. Pat made sure all of us as actors were given the respect and treatment we deserve.”

Family friend Tebogo Tau said said he was introduced to Shai by Masechaba who is my childhood friend.

"I became a friend and counsellor to them as the family. Patrick was a very passionate human being. He was very articulate and paid attention to detail.

"He was very resilient because after coming out as a perpetrator he never cared whether people judged him or not.  He was an incredible and extraordinary human. Patrick took life very serious. He was very caring to his family and loved his family and grandchildren.”

Mozwakhe Sigodida who worked with Shain for years described him as an ambassador and pillar of strength.

"He was an embodiment of how our arts and culture should look like in our society.”

Shai, who spoke publicly about being a perpetrator of GBV founded Khululuma Ndoda Holekane also had a colourful acting career that spans more than 30 years.

Shai's wife urges people not to judge him too harshly

The wife of seasoned TV and stage actor Patrick Shai has pleaded with his children not to take what the public say about their father seriously.
Entertainment
3 months ago

Hundreds of people gathered on Thursday afternoon to celebrate the life of seasoned TV and stage actor Patrick Shai at a memorial service at the ...
News
3 months ago

Patrick Shai to be laid to rest on Saturday, January 29.
News
3 months ago
Next Article