The star has denied the allegations, insisting he 'did not assault these women' 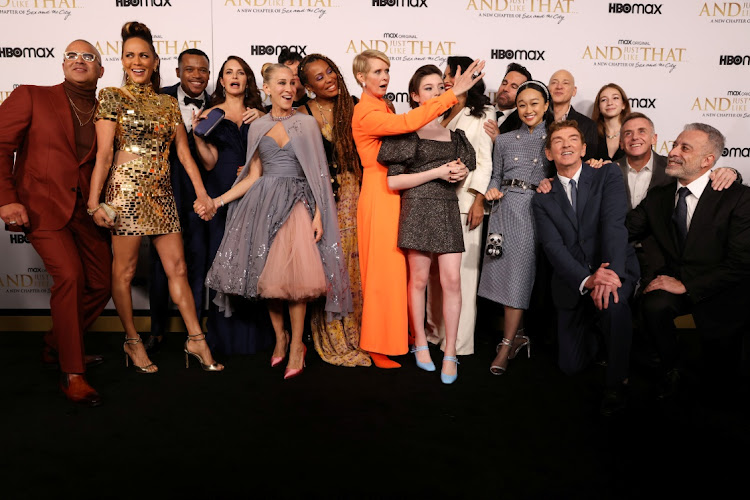 Cast members attend the red-carpet premiere of 'And Just Like That' in New York.
Image: Caitlin Ochs/Reuters

Sex and the City stars Sarah Jessica Parker, Kristin Davis and Cynthia Nixon are “saddened” to learn of the sexual assault allegations levelled against their co-star Chris Noth.

Earlier this month, two women described alleged sexual incidents with the actor in Los Angeles and New York in 2004 and 2015.

One, using the name Zoe, said she was 22 when she met Noth while working for a company in 2004 that did business with celebrities. She said he invited her to the pool at his apartment building and later kissed her and had sex with her against her will.

The other woman, using the name Lily, was a server at a New York nightclub where Noth asked her on a date in 2015. She said she later went with him to his apartment where they had sex, but she left feeling “totally violated”.

'Sex and the City' actor Chris Noth denied sexual assault accusations reported by the Hollywood Reporter, saying his encounters with two women in ...
Entertainment
6 months ago

Noth has denied the allegations, insisting he “did not assault these women”.

Now his And Just Like That co-stars have broken their silence on the issue, saying they support the women who've come forward to share their experiences.

“We know it must be a very difficult thing to do and we commend them for it,” they said.

And Just Like That is a sequel to the hit series Sex and the City.

Noth, 67, is best known for playing the on-and-off romantic interest of Sarah Jessica Parker’s writer character Carrie Bradshaw in the Sex and the City TV series and movie, as well as the latest series.