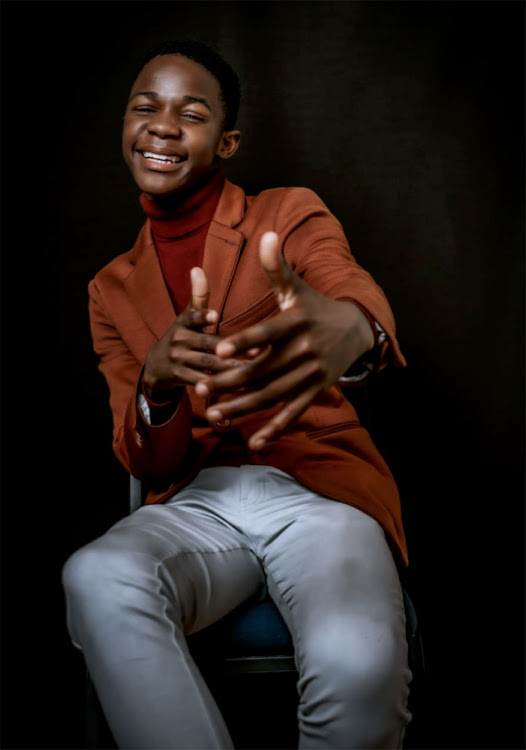 Likhwithemba Booi wowed the world with his vocals and now the 17-year-old has finally released his much-awaited single titled Bambelela.

It was two years ago when the then 15-year-old Booi known as Likhey to his fans from KwaZakhele township in Gqeberha, Eastern Cape, caught the attention of American actress Taraji P Henson as she heard him sing Ndikhethe Wena by Ami Faku in a video that was shared on her Instagram.

The video also captured some of the big names in the SA music industry like music producer DJ Maphorisa and rapper Cassper Nyovest.

DJ Maphorisa even offered to sign him to make his dreams come true.

Unfortunately, at the time Likhey turned down the offer as he wanted to focus on his education.

However, he could not escape the music bug and with the help of his mentor Dumza Maswana he worked on his debut single, which was produced by Christer Kobedi, who also produced Amanda Black’s albums.

“I started singing from a very young age because music has always been in my genes. In this song I encourage people not give up on their dreams and to know hard times come and go, especially during this time of Covid-19 where we lose our loved ones, with some people losing their jobs, this song says ‘bambelela’ (hold on),” he said.

The song will be released tomorrow on all digital platforms.

Likhey who just passed grade 11 said he also wanted to show other young people that it was possible for one to live their dreams at a young age.

Likhey is no stranger to the stage as he has collaborated with Donald on a song called Sthandwa and performed live with his favourite artists like Samthing Soweto, Ntsika while he also performed at the Ebubeleni Festival in 2019 in front of 20,000 people.

He was also invited by RMB Starlight Classics to perform with an orchestra in 2020.

“Even though music is all I want to do for the rest of my life, I still believe in the importance of education. I’m glad that my parents are also supportive of my dream,” he said.

Maswana, who is an accomplished singer in his own right, said working with Likhey was a joy as he was very talented and knew his voice.

“Being a mentor means I have to show him how to use his voice, allow him to express everything he’s got with confidence. He’s going to surprise a lot of people this boy,” Maswana said.

Meet the kid that has Cassper and Maphorisa freaking out!
Entertainment
3 years ago
Next Article