It's a big week for premieres in SA, and the Reel Art Film Festival brings films like 'House of Gucci' to four cities 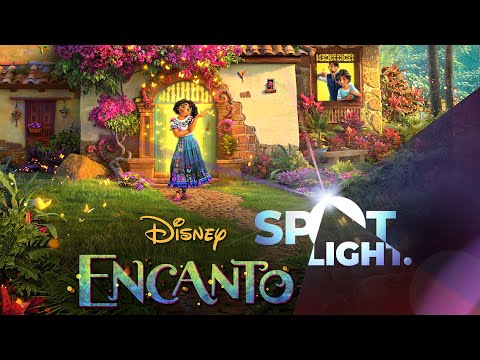 In this week’s episode, it's a movie premiere extravaganza with some of the biggest releases of the year, and our cameras were front and centre at the SA premieres of Encanto and New Material.

The new cinema releases this week kick off with Encanto, Disney’s 60th animation feature film, which is also available in 3D. This charming musical comedy tells the story of the Madrigal family, all blessed with magical powers except for Maribel, the heroine. It's a movie about love, family and the unexpected results of breaking the mould.

Don’t miss our coverage – we joined families and children of all ages at the Encanto premiere in SA this week.

The cast of New Material, the much-anticipated sequel to Material, also put on their evening shoes this week for the premiere of the movie ahead of its cinematic release this Friday – and Spotlight was there. Comedians Riaad Moosa, Vincent Ibrahim, Joey Rasdien and Schalk Bezuidenhout commented on the film alongside the beautiful Carishma Basday, Zakeeya Patel and Denise Newman.

You can look forward to homegrown comedy with a heartfelt story to which many of us can relate.

To enter, visit Spotlight SA on Facebook for all the details.

Winners will be drawn randomly and notified by SMS after the competition has closed.  Entrants’ personal details will not be retained for marketing purposes. Winners have to provide proof of age (ID/driver’s licence) and cover their own travel and accommodation expenses. By entering participants agree to have their names published on TimesLIVE, SowetanLIVE and Spotlight SA on Facebook. Employees of Arena Holdings and their family members are not eligible to enter.