Veteran actor shares his journey with prostate cancer on Scandal!

Mofokeng wants to dispel myths about the disease 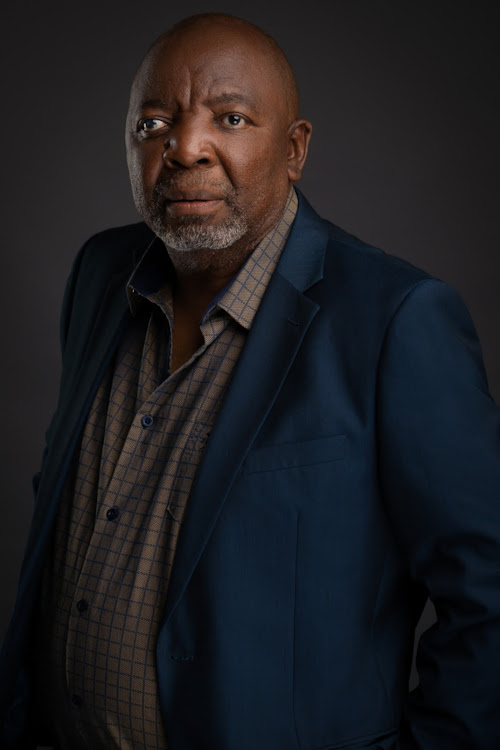 The 65-year-old thespian, who was diagnosed with prostate cancer in October 2019, approached the writers of the e.tv soapie in an effort to dispel myths about the disease. The storyline is currently unfolding to coincide with September being Prostate Cancer Awareness Month.

“Everywhere we go as actors, celebrities and legends, people put a microphone in front of you and they take you to be an authority on whatever you are talking about,” he said.

“Why then not take that opportunity to actually educate people and take away the myths and fears. When I grew up it was that TB is going to kill you, then HIV and now you don’t have long [life] with cancer. We are in a strategic position to talk about these things and free them.”

After his diagnosis, Mofokeng wa Makhetha immediately started with treatment. He started with brachytherapy in December, where radioactive sources are inserted in the prostate gland to kill the cancer cells.

Acting icon, author, and survivor Jerry Mofokeng wa Makhetha opens up about his life-threatening battle and the keys to a successful marriage.
S Mag
1 year ago

Then in February last year, he started with radiation therapy that took six weeks. He continued filming on Scandal! throughout.

“I struggled with tiredness. I got so tired that I can’t describe it to you. So, I asked for Scandal! to make my scenes later in the day. Thank God throughout radiation that I did not cancel a single day of shooting,” he said.

“The embarrassing one was that the urinary incontinence was out of order. When you go for radiation, your bladder must be full. You must take three to four glasses of water.

“So afterwards as I’m driving to Scandal! the water now wants to come out and I’m in the middle of the freeway. I ended up stopping the car next to the freeway and just released right there. I didn’t care if I got arrested.

“It wasn’t until someone advised that I get these pads in case you get into an embarrassing situation and the pee comes out. People mustn’t think of them as napkins because that’s another fear.”

Mofokeng wa Makhetha said he did not experience any symptoms before his diagnosis. Although in hindsight, he experienced an overactive bladder that resulted in urinary hesitancy.

“It wasn’t always but I asked myself how come my bladder can’t hold urine? It was growing steadily and when I was diagnosed, I got that discovery,” he said.

“For me there was no pain and discomfort, except for the incontinency. Prostate cancer is a silent killer like high blood pressure.

Mofokeng wa Makhetha added that his biggest regret was not going for routine screenings and urged SA men to get checked for early detection.

“The biggest myth is that cancer will never get you and so many do not go to test because they think that they are immune. When you are finally diagnosed the first thing that comes to mind is that I’m going to die and I’m not going to perform in the bedroom. People think their manhood and dignity is gone,” he said.

Cancer patients Godfrey Davids and Godfrey Biyane were in high spirits when they went for their treatment at the radiation oncology unit that ...
News
2 months ago

Between August and October last year, Liberty was processing more than 60 retrenchment claims a month.
News
4 months ago

Radiation therapists at Charlotte Maxeke Johannesburg Academic Hospital are leaving in droves because of unsatisfactory salary scales while the ...
News
5 months ago
Next Article