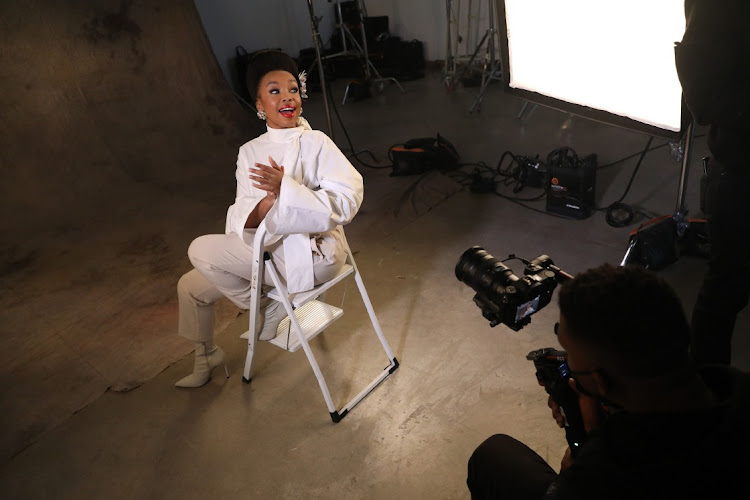 Rising star Candice Modiselle will be starring in a new series on Netflix.
Image: Veli Nhlapo

Rising stars Noxolo Dlamini and Candice Modiselle are ready for their international takeover after the release of Jiva! to a global audience.

The five-part series debuted on streaming service Netflix on Thursday, with Dlamini and Modiselle in the lead as BFFs Ntombi and Vuyiswa.

Dlamini is known for her colourful theatre career, having portrayed Sarafina in the 2017 stage musical and then a year later toured the world playing Nala in The Lion King.

“I always believe I’m a vessel and by playing all these different characters I’m filling myself up. I believe I’m here to tell stories that are impactful and are going to change someone’s life – and my life,” Dlamini said.

“For my career, I believe Jiva! is going to open doors. I believe I’m going to see myself on more international stages and working with other women who want to tell honest stories. I’m ready for all the lessons and challenges.”

Modiselle, who has appeared in The Queen and Generations: The Legacy, is the youngest sister of entertainers Refilwe and Bontle. “It’s a great deal for every cast member to have been trusted with this SA story made accessible to a global audience,” she said.

“You see it with The Trollies that eventually after so much judgment, we just allow each other to be who we are. I think that’s a beautiful message that there could be five women in the room and they can all be great – and carry each other.”

The underlying text of the series is how women often lessen themselves in a society geared towards men.

While both women strongly state that they will never give a man that much power in their lives, they agree that they continue to combat systemic misogyny as artists.

“From a systemic point of view there are men that hold women back from winning. There are men that are holding us back as a country from pursuing the fullness of our potential,” Modiselle said.

“There are people in high places and positions that should be giving artists permission and resources to soar with their talents, but systemically there are issues and barriers that don’t allow us to do that.

“I hope this work will speak to that and the world will see that SA women are full of so much potential. But systemically that potential is not always realised.”

Some of these tips have seen some of these young talents ascend to the top.
S Mag
7 months ago

Candice Modiselle tells us more about her journey in the industry and how she feels being one of the ensemble cast members of Netflix’s latest ...
S Mag
8 months ago
Next Article