Spirit of improvisation lives with no restriction in his depths 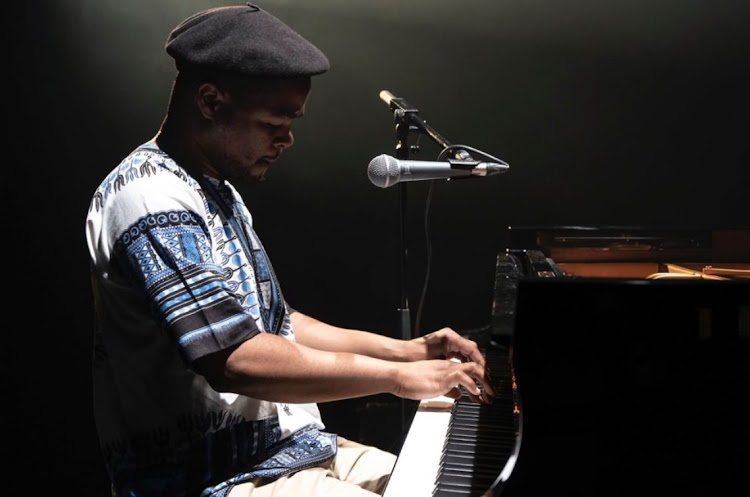 To truly learn from pianists and understand them, you must find them alone, as opposed to in the context of the band. This is the sense we get with the work of SA jazz pianist, scholar, vocalist and teacher Yonela Mnana.

The choices he makes and the direction he takes the music in are always unexpected and yet ever more in tune with what the moment wills out of him.

His ear is a big one, wide open to the sounds of all the world around him, and his interpretation of that sound is staggeringly unique. It is not hard to imagine that he may possibly hear far more than the average musician does, that the way he is tuned to sound may not be accessible to many of his counterparts.

The spirit of improvisation lives with no restriction in his depths. He is driven wildly by this demon and has surrendered fully to the force. You can feel it, the energy, as it's channelled through him and as it becomes palpable in the room, a sacred sound, a breathtaking encounter. You will also, while lost in the daze of his inescapable sound, be shocked by the immensely beautiful quality of his voice – the wide range, the airy texture and its ability to carry sorrow into sweetness at every note.

Though a jazz musician, Mnana does not seem held in place by any confines or classification, his exploration expanding far beyond the supposed jazz spectrum and journeying through gospel melodies just as well as RnB in his playing and in his vocal approach.

We meet this exploration in his debut album, Baba, which was released in April 2016; a meditation on the archetypal search for the father, in the sense of the spiritual, biological and in leadership.

The search persists through his nurturing of a new breed of dynamic artists as a music teacher at the Ezibeleni School For Physically Disabled Children in Katlehong, and his work as a composer and co-ordinator for several community youth music projects. Furthermore, through his pursuit of a PhD at the University of the Witwatersrand, focusing on the tradition of “SA jazz piano, to understand the evolution of the pianist and the pianist's style of play”.

Continuing his exploration of the SA jazz narrative and contributing to the pivotal discourse, he was featured in the Rhythm and Blues Virtual Concert on May 28. It's a free event that audiences can still experience on www.joburglive.tv. The line-up includes Femi Koya, Albert Frost, Bonj, Themba Mokoena, Siya Makuzeni, Aus Tebza, The Brother Moves On, Nelisiwe Sibiya, Gunshot Blue, Andre Kriel and Themby Khumalo.