“To the extent that I have made statements to certain individuals and in the public media stating or implying Ms Matheba's connection to cocaine, I unequivocally retract all such imputations and unreservedly apologise that they were made,” the statement read 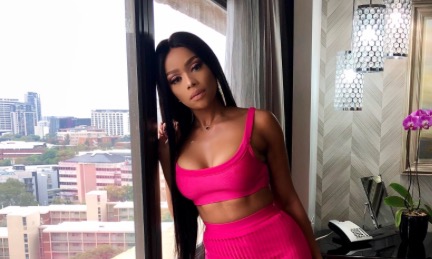 Vlogger Reatlegile 'Rea' Gopane has issued an apology and a retraction on several social media platforms in response to media personality Bonang Matheba's letter of demand after he made drug allegations about her.

Bonang's lawyers resorted to serving Rea with a letter of demand on Twitter on Monday. The letter demanded a public apology and retraction of the video in which the comments were made as well as R500k for the reputational damage his comments caused Bonang.

This after the podcaster had allegedly attempted to play cat and mouse each time they tried to serve him by either refusing to respond to their messages and calls or as Bonang's attorney said “went into public hiding ".

The letter of demand was Bonang's reaction to “defamatory” comments made by Rea about her in a recent podcast.

Rea, who is a co-founder of an entertainment vlog called Everything SA Music, published a video in which he alleged that another well-known media personality told him that Bonang — who previously dated rapper AKA — allegedly introduced the musician to drugs.

The allegations came in the wake of viral video footage, which led to speculation around violence in rapper AKA and his late fiancée Nelli Tembe's relationship.

On being served, Rea took to Instagram with a brief apology directed at Bonang, expressing his regret at the inconvenience his comments caused the BNG boss.

“To the extent that I have made statements to certain individuals and in the public media stating or implying Ms Matheba's connection to cocaine, I unequivocally retract all such imputations and unreservedly apologise that they were made,” read the statement.

However, the apology was not good enough for Bonang, who made that clear in the comments section, forcing Rea to go back to the apology drawing board!

With a brief but savage, “That's it? Lol! Let's rock!” accompanied by a heart emoji.

Rea came back minutes later with a recorded apology and an even longer written apology.

“As stated in my letter of undertaking, I would like to express my sincere apology for everything I said on our podcast dated (May 9 2021). I would like to unequivocally retract my statements and apologise to all the parties concerned namely Ms Bonang Matheba, Mr Kiernan Forbes and Mr Siyabonga Ngwekazi.

“I know and understand that the podcast could cause harm, and I am deeply regretful for my mistake. I have learnt from my mistake and will do better moving forward. The podcast has been taken down on all platforms and I promise that it won't happen again. Once again, I really am truly sorry,” read Rea's apology.

The second apology got Bonang's stamp of approval but she then went on to let the podcaster know she's now waiting for her half million.

Listen to the recorded apology below.