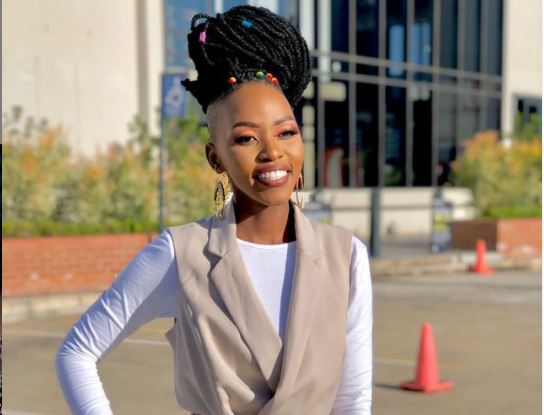 Talented vocalist Fezile Zulu has an EP out thanks to DJ Tira and crew.
Image: Instagram/Fezile Zulu

Synonymous with making people stars, DJ Tira has been applauded once again for helping an aspiring artist with a true rags to riches story,  Fezile Zulu, see her dream of being a recording artist become a reality.

Not the first time he's come through for talented people looking for a break, Tira has been credited for the success of Idols SA contestants Virginia and Viggie Qwabe, affectionately known as the Q Twins, as well as others such as Mduduzi Ncube of the hit Afropop song Isginci and even reality TV star Zodwa Wabantu.

Now associated with another heartfelt story, Tira helped Wimpy waitress Fezile Zulu record her first EP. This after Fezile went viral on social media earlier this year, when she was recorded singing CiCi's song because she was promised bottles of alcohol in exchange.

Covered in calamine lotion on her face and dressed in mismatched clothes, Fezile sang her heart out as the person behind the video promised to make sure that Tira caught wind of her talent.

Fast forward to April, Fezile has an EP that was put together with the likes of CiCi, Big Zulu and Mondli Ngcobo.

Watch the video to see how it all began and where it is now:

Barely the person she was when her video went viral, Fezile expressed her gratitude to Tira and everyone who participated in helping her dream come true.

In a recent interview on Gagasi FM, Fezile became emotional as she told her story.

Watch the interview below:

Mxolisi Booi quits job to become his own boss

The coronavirus  pandemic has shown that human beings are resilient. People have responded in extraordinary ways and some have even had the ...
Good Life
9 months ago

House music producer and vocalist TNS says becoming a father for the first time changed how he sees things in life.
Entertainment
5 months ago

Sho Madjozi, Khabonina & Amanda Du-Pont: see what your fave celebs got up to this weekend

Your weekly guide to what your favourite celebrities got up to.
S Mag
7 months ago
Next Article