The high-end electronics brand you need to know about, and its flagship Reno5 5G smartphone 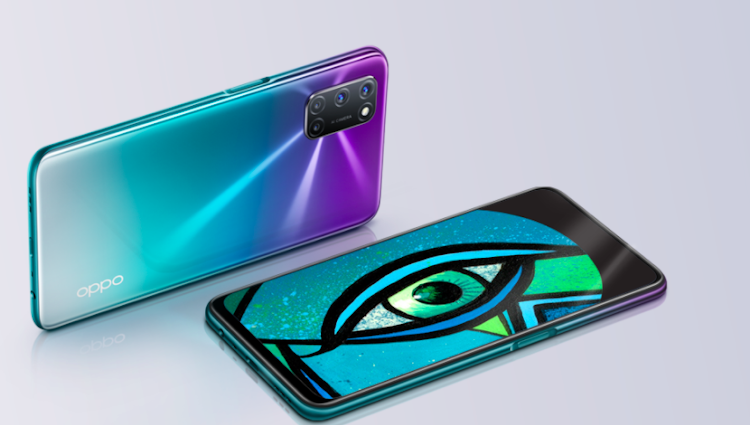 One of the most exciting technology companies has launched in SA: Oppo.

Known for its high-end smartphones, amplifiers and headphones, the Chinese electronics giant Oppo is much bigger than you would ever imagine. While its first product to market may have been MP3 players, today it operates in 40 countries with six research centres, a design centre in London, and 370-million users around the world.

If you love sport, there’s a good chance you’ve seen the Oppo logo as they sponsor India’s national cricket team and have a long-standing partnership agreement with FC Barcelona. Oppo’s first smartphone debut was the Smile Phone in 2008. Why smile? It had one on the back of the phone. After Oppo’s popular Smile Phone, the company released a number of really interesting and innovative designs from the world’s first rotating camera smartphone to the thinnest phone back in 2014.

In January 2021, Oppo became the number one smartphone brand in China. A lot of the company’s success has to do with having 5G, artificial intelligence and imaging patents — design and innovation are top priorities for Oppo. Its collaboration with students from the Royal College of Art’s Design Products programme showed how technology — and in particular, smartphones — have completely changed our lives.

Oppo was also a key part of the London Design Festival 2019, working with acclaimed Japanese architect Kengo Kuma to deliver a striking installation at The V&A Museum.

Like other smartphone manufacturers, Oppo has a number of different lines of smartphones to choose from, and locally we get both Reno and the A Series. Oppo was the first technology company to develop fast-charging technology in 2014 called VOOC. Fast-forward seven years and VOOC is now a part of Oppo’s The Flash Initiative, which brings their fast-charging technology to more than smartphones — think cars, vacuum cleaners, chip manufacturers and more. How fast is VOOC charging? Well, imagine if you could power up your smartphone to 100% in just over 30 minutes!

Oppo phones run the latest Android software and have their own operating system overlay called ColorOS. With more than 370-million monthly active users, ColorOS is known for being fast, light and customisable. Its popular Oppo Relax app is a destressing tool with calming themes and soundtracks to match. The smartphones are Android-enabled, which means you’ll have access to everything the Google Play Store has to offer, including some award-winning mobile games.

Game Space, the gaming mode in ColorOS, is noteworthy as even mid-range Oppo smartphones offer a high-performance gaming experience. From a dedicated gamer mode that blocks any distraction from getting in the way of your playtime, to some thoughtfully chosen hardware and superfast chipsets, Oppo’s smartphones are ideal for on-the-go gaming. Game Space also helps you by putting all your games into one space.

All of this innovation can be found in Oppo’s premium (yet affordable) Reno5 5G smartphone, which launched recently. From super-VOOC fast charging to dual camera videography and an AI camera, the Reno5 is one of Oppo’s most ambitious smartphones yet.

This article was paid for by Oppo.