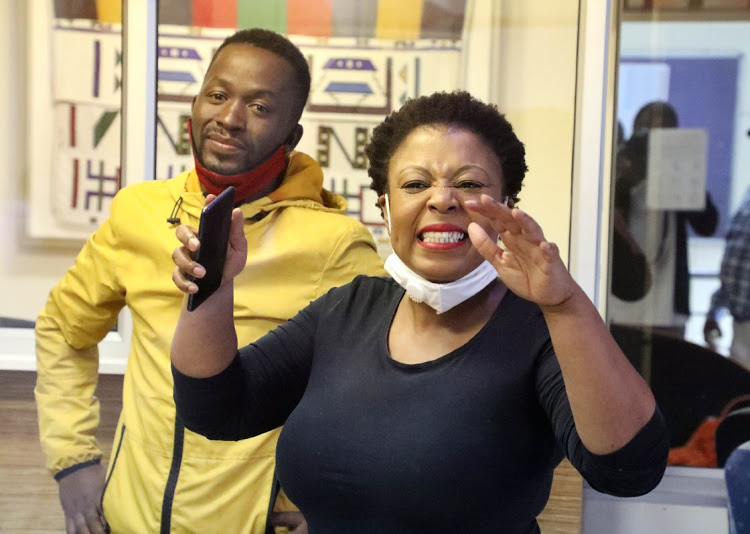 The office of the public protector says it will mediate in the two-month-long dispute between artists, the National Arts Council (NAC) and the department of sport, arts and culture.

The artists held a sit-in at the NAC’s offices for a month to protest about an alleged lack of transparency in the allocation of R300m from the presidential employment stimulus programme, which the artists allege is fraught with governance failures, lacks transparency and that the entity has unduly delayed the disbursement of payments to deserving arts projects.

The office of the public protector said it will host an alternative dispute resolution after receiving written submission from the artists.

“We will sit both sides around the table in an Alternative Dispute Resolution (ADR) session to tackle the issue of undue delays to disburse funds and questions around lack of transparency in the NAC processes,” public protector Busisiwe Mkhwebane said, adding that the alleged governance lapses, including conflict of interest concerning some members of the council, will have to be the subject of an investigation.

In addition to alleged poor communication on the part of the NAC, the artists also complained that some of the members of the council were beneficiaries of the presidential employment stimulus programme and therefore conflicted, a point which had been denied by the minister and the council the previous day.

Mkhwebane and her deputy, Kholeka Gcaleka, met with arts and culture minister Nathi Mthethwa and members of the council, led by acting chairperson Princess Celenhle Dlamini, and, separately, with the artists last week Thursday and Friday respectively.

Among other things, the report shone a spotlight on the NAC’s Expired Projects and Surplus Policy, which was found to have gaps that rendered it prone to abuse. Its implementation was also found to be arbitrary and generally inconsistent with the spirit of the law, in that the NAC allowed its employees to initiate proposals for funding on behalf of applicants without their knowledge or consent.

ActionSA leader Herman Mashaba has offered legal assistance to the artists and creatives in sit-in protest at the  National Arts Council (NAC) ...
News
1 month ago

Sheriff engages Abahlali base NAC to understand their grievances

A  North Gauteng High Court sheriff in Johannesburg has engaged artists and creatives sitting-in at the National Arts Council (NAC) offices in ...
Entertainment
2 months ago

The group of artists and creatives staging a sit-in at National Arts Council (NAC) offices in Newtown, Johannesburg, has vowed to continue with ...
Entertainment
2 months ago

R300m for artists was 'over committed' not looted: Nathi Mthethwa

"I have instructed the department to do a deep forensic investigation about this matter," said the sport, arts and culture minister.
News
2 months ago
Next Article