Presidential thumbs up for Vax Live: The concert to reunite the world 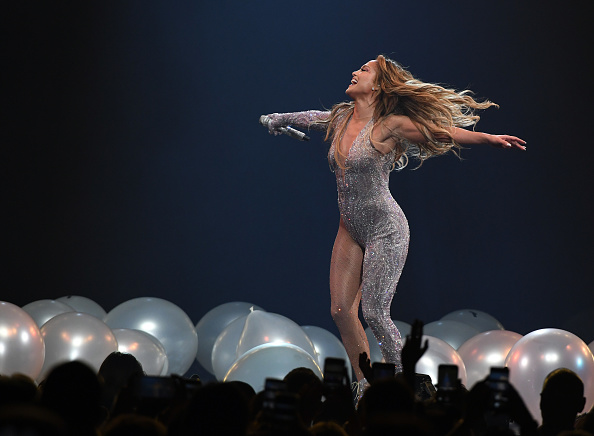 Jennifer Lopez, seen here in this file picture during It's My Party tour at T-Mobile Arena two years ago in Las Vegas, Nevada. She will be mesmerising fans at Vax Live concert next month.
Image: Ethan Miller/Getty Images for ABA

President Cyril Ramaphosa has thrown his weight behind the Global Citizen's latest concert initiative, Vax Live: The Concert to Reunite the World.

The concert which is taking place on May 8, will be broadcast and streamed live on YouTube. It will feature renowned international artists set to showcase their talent during a large-scale vaccination drive hosted on the grounds of SoFi Stadium in California, US.

According to the event's media statement, the concert is aimed at drawing attention to the need to vaccinate and end Covid-19 and rejuvenate the global economic recovery.

"International advocacy organisation Global Citizen, known for its advocacy work and impactful campaigns in support of pressing social issues, is spearheading this event calling on world leaders to ensure the equitable distribution of vaccines around the world. The focus is particularly on aiding African countries, many of which are lagging behind their more affluent Western neighbours in their COVID-19 vaccine rollouts," read the media statement.

The event will be hosted hosted by multi-platinum recording artist, actress and producer Selena Gomez and will include a night of musical performances by Jennifer Lopez, Eddie Vedder, Foo Fighters, J Balvin and H.E.R.

"As the exclusive global streaming partner, YouTube will stream an extended version of VAX LIVE: The Concert to Reunite the World on the Global Citizen channel for a full run-time of 90 minutes, which will include additional performances and appearances by NCT 127 and YouTube creators Daniel El Travieso, Kati Morton, ShootforLove, Thembe Mahlaba and The Try Guys."

President Ramaphosa was quoted saying: “South Africa is fully behind this initiative to be part of a collective effort to recover after the devastating pandemic. The ‘Recovery Plan for the World’ is a good opportunity to get the international community working together to drive equitable access to vaccines for everyone, everywhere. Again, I urge world leaders to urgently free up excess supply for poorer countries. Today, the world is facing an unprecedented health, social and economic crisis. Now is the time to act in the interests of the whole world, now is the time to become truly global citizens.”

RnB powerhouse Jennifer Hudson has joined the likes of John Legend and Chris Martin in doing their bit to alleviate the tedium of coronavirus-induced ...
Entertainment
1 year ago