‘Is it because I’m not deserving of funding or because I am a black woman?’ 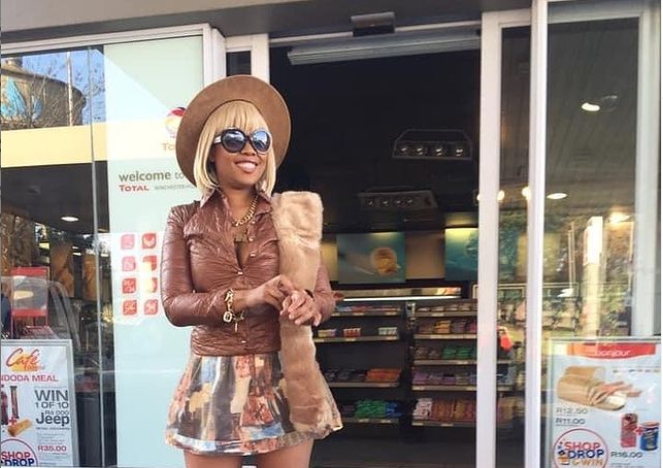 Songstress Chomee says she's yet to receive any funds from the NAC.
Image: Instagram/Chomee

Chomee has slammed allegations she received R2m in funding from the National Arts Council (NAC) due to her connections with former record label boss Arthur Mafokate.

Chomee has been a topic of discussion after Daily Sun reported  the singer had allegedly benefited from the misuse of R300m in Covid-19 relief funds managed by the NAC.

The report also alleged Arthur and other members of the Mafokate family had received funding. Companies directly and indirectly linked to Arthur had allegedly received funding from the NAC.

In a statement issued on Friday, Arthur labelled the allegations “malicious and unfounded”.

Chomee was also fingered in the debacle as having allegedly received R2m. The singer took to Instagram on Sunday to release a statement to clear her name.

“It is indeed a sad day in SA and, to be specific, in the struggle to ensure gender parity, emancipate and uplift women in this country, when a woman is openly vilified by men in white-owned and controlled newsrooms because she applied for funding and was approved like all other thousands of applicants who did the same thing.

Chomee questioned why she had been “singled out” when there were apparently several other applicants who heeded the NAC’s call for funding applications.

“Is it because I’m not deserving of funding or because I am a black woman? The list released showed women of all races who applied for funding, got approved and received some payment, and no-one is asking them anything. Were they asked who they dated before or is it just me?” Chomee asked in her statement.

The Jiva Sexy hitmaker confirmed she applied and was approved to receive NAC funding but said she was yet to get the money. She reiterated that as an artist affected by Covid-19, she was well within her right to apply for and receive the relief funds.

Arthur’s daughter DJ Owami Mafokate, owner of a company named Queendom, was also fingered as having received funding from NAC.

Speaking to Sunday World, she said she was a legit business woman and an artist with merit.

Owami said she was also affected by Covid-19 and its subsequent lockdowns which affected her gigs. The DJ said she had the right to seek and receive assistance from government, just like everyone else, despite of who her parents are.

“Firstly, I am known because of my parents’ talent. Secondly, I am myself a performer since I was three. I had gigs before the pandemic hit and I got affected like any other artist. It is disappointing that a young female artist like me is subjected to these attacks for no apparent reason. I trust female artists born out of famous parents will not be denied an opportunity to enter the business space just because of their parents’ surnames,” she said.

Veteran kwaito artist and producer Arthur Mafokate has dismissed claims by the creative industry that several of his companies were  approved for ...
Entertainment
8 months ago
Next Article