“I can recognise you as the world’s no. 1 DJ but you can’t force me to respect you.” 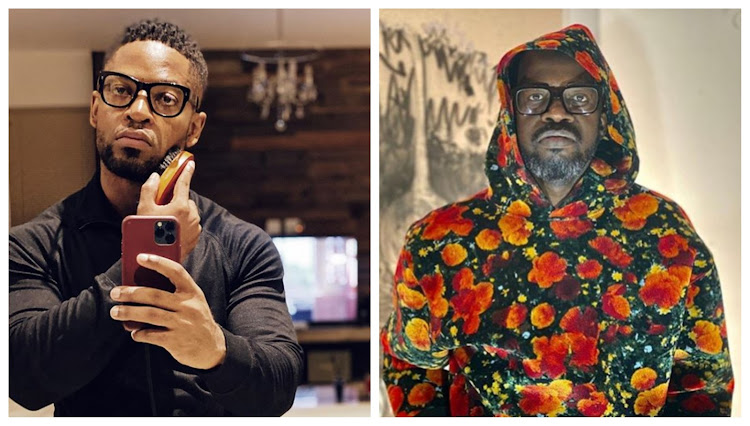 DJ Prince Kaybee has finally revealed the reasons for his “lack of respect” towards Black Coffee that resulted in their heated exchanges in the past.

Mzansi has witnessed the “hostility” and twars between Prince Kaybee and Black Coffee for months now, where spicy clapbacks were exchanged between the pair.

However, tweeps never truly got an opportunity to understand why the two DJs don't seem to get along.

In a recent video interview with Everything SA Music, Prince Kaybee got candid about his feelings towards the world renowned DJ.

“I've got this thing about me ... apparently it's being arrogant. I really need you to earn my respect from a very personal point. Respect and recognition are two different things. I can recognise you as the world's number one DJ but you can't force me to respect you,” Kaybee said.

The uWrongo hitmaker explained that for him respect was a deeply personal thing, which he didn't just give out willy nilly. He added that while he's not taking anything away from how successful or talented DJ Black Coffee is, he felt Black Coffee hadn't done anything to earn his respect.

Watch the clip about Coffee below:

Fans were shook when Prince Kaybee and Black Coffee first had a go at each other in a war of words on Twitter last year.

It all started when Kaybee posted a very cryptic tweet about “local celebrities”.

At the time, the Charlotte hitmaker tweeted, “The problem is that celebrities fall for the same trap all the time, 'the urge to sound wise'. You watch a few YouTube videos, you (sic) wanna sound intelligent. Carry on, you will meet your maker.”

Fans had a hard time figuring out what Kaybee's motive was with the tweet and when no clear connection could be made, tweeps quickly speculated it was a sub towards Euphonik. This because, just a few hours earlier, the good Prince had a fiery exchange  with Euphonik over sharing industry advice with upcoming artists.

The DJ asked Kaybee if he thought he was a celebrity. Tweeps tagged that particular tweet as shade, and that's when all hell broke loose.

Prince Kaybee responded to Coffee's tweet, saying he didn't care much about labels, particularly from the industry, because he knows he's an artist and creator.

“I see myself more as a servant of the people. If people wish to call me a celebrity or celebrate me it’s a blessing. I’m an artist and creator first. I don’t care much about the definitions of the industry because I know who and what I am.”

Things have never been the same for the duo since that twar.