Rapper offers fans a window into her creative journey 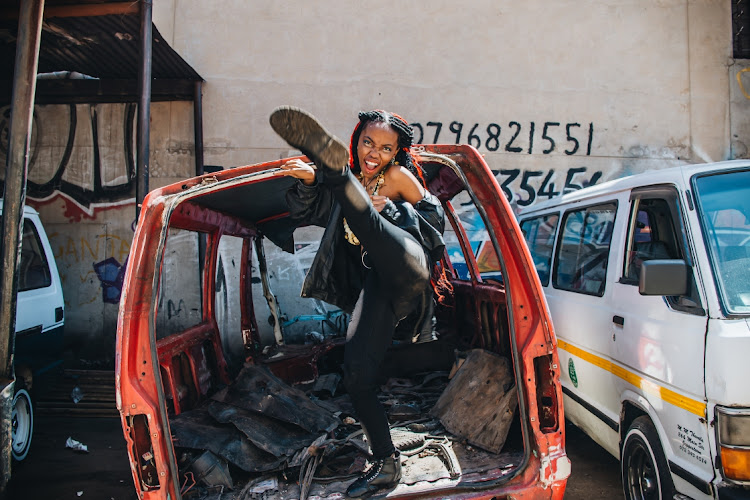 Known under the stage name Kebidoo (a play on the seTswana word for the colour red), the 24-year-old rapper has released her EP, Tsela Tsweu.
Image: SUPPLIED

For many years since its birth, SA hip-hop has always seen men heralded for their work.

Whether they are behind the mic, behind the production of the music or even behind some of the top podcasts and publications that have narrated the culture, hip-hop has always been a man’s game.

With her distinct approach to music, Tshego “Red” Moseane is fast becoming a local rapper to watch.

Known under the stage name Kebidoo (a play on the SeTswana word for the colour red), the 24-year-old rapper has released her EP, Tsela Tsweu.

Kebidoo is not only exacting about the creative process of her music but is also carving out the narrative of her artistry on her YouTube page.

This comes as no surprise for the young star who worked as a journalist, digital strategist and earned her chops as an award-nominated filmmaker at the Zambian International Film Festival.

The lead single from her EP, Agoiweng, translates to “let’s go” – a song to encourage others to pursue their dreams.

In this age people demand a lot more authenticity from their creatives, so that’s just what I know and what I’ve told other people as a digital strategist.

Carrying the swagger of a '90s kwaito beat and Tshego’s HHP-influenced style, Agoiweng also borrows from the rising K-pop sounds with blaring sirens.

Having not only been one of the leading voices in the media and marketing space as an experienced digital strategist, Kebidoo now lends her YouTube page to diarising her journey, something she did as part of a fresh approach to marketing her artistry.

“Artists have not accepted that content creation is now a part of their job description,” says Kebidoo.

“In this age people demand a lot more authenticity from their creatives, so that’s just what I know and what I’ve told other people as a digital strategist.”

Not new to the intricacies of the music industry, Kebidoo admits to having burnt bridges with her initial approach to social media, which has not changed her fierce commitment to authenticity.

“If we were a top-notch industry exporting global monsters in music and entertainment maybe I would care but I don’t because I’ve never been completely shut out of the industry to the point where I can’t get opportunities,” she says with a laugh at the many celebrities and their fans she has crossed swords with.

“We give too much power to the gatekeepers and the people who think they have authority in the industry.”

While she might not have specific plans to get back into her previous career pursuits, Kebidoo says she is using her independence as an artist as a culmination of her work in film, fashion and media.

Kebidoo’s Agoiweng is now available on all major streaming platforms.