Feel the love with the Turkish ‘dizi’ on DStv channel 123 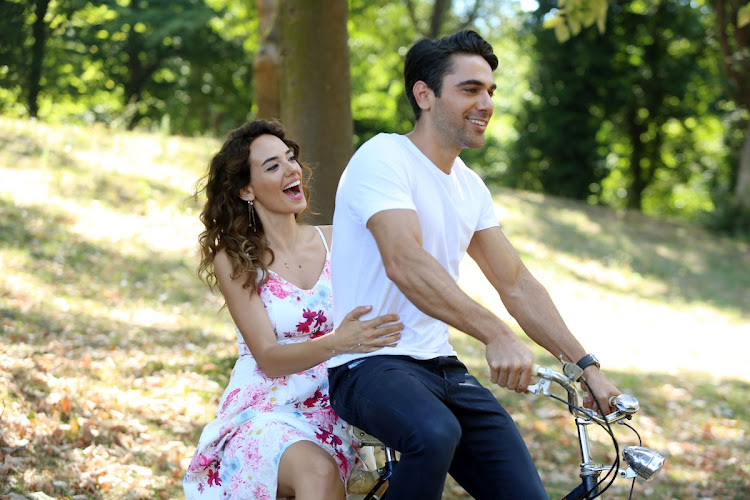 Watch 'Wings of Love' on the Dizi Channel on DStv channel 123 and catch up on the episodes you missed on the DStv App.
Image: Supplied/Dizi Channel

Explore the mesmerising world of some of the top Turkish series or “dizi” that have captivated audiences worldwide with their riveting stories of love, passion and ambition on Dizi Channel on DStv channel 123.

What to watch on Dizi Channel

Get ready to immerse yourself in epic love stories that defy all obstacles with Dizi’s exciting line-up. A few February highlights include the International Emmy Award-nominated Black Money Love, thrilling romance Wings of Love and the beautiful period drama Kurt Seyit & Shura.

Two worlds collide when soul mates Ömer and Elif (Tuba Büyüküstün) are brought together through a tragic event that unravels a story full of mystery and romance. The body of police officer Ömer’s (Engin Akyürek) fiancée is discovered in a car next to a rich elderly businessman.

After the shock of Sibel’s sudden death and the accusations of his love cheating on him, Ömer realises there is more behind her suspicious murder. This International Emmy Award nominee series captivated the hearts of millions of viewers and travelled to 140 countries across the globe.

Watch the new episodes of Black Money Love weekdays at 7pm CAT, catch up on the episodes you missed with weekend marathons or on demand via the DStv App.

Leyla is a single mother who marries wealthy businessman Haşmet to give her son a better life. On her wedding day, Leyla discovers that Haşmet has a dark side and escapes with the help of one of his employees, Alper. The two fall in love despite the threat of Haşmet’s men closing in.

Will the love between Alper and Leyla prevail against Haşmet’s schemes to get Leyla back? Can their love continue to flourish in the middle of this dangerous battle?

Watch the new episodes of Wings of Love at 9pm CAT on DStv channel 123, catch up on the episodes you missed with weekend marathons or on demand via the DStv App.

Kurt Seyit & Shura is about the adventures of two people in love who broke away from their magnificent lives in Russia and were dragged to Istanbul. With a periodic drama plot that plays out across Russia, Ukraine and Turkey, this true international drama captivates audiences in any country in the world.

Watch the new episodes of Kurt Seyit & Shura at 10pm CAT on DStv channel 123, catch up on the episodes you missed with weekend marathons or on demand via the DStv App.

Where to watch Dizi?

Watch Dizi on DStv channel 123 and catch up on the episodes you missed wherever and whenever you want through the DStv App.

This article was paid for by the Dizi Channel.