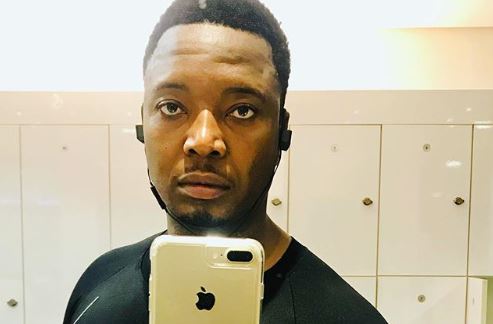 The SABC has  suspended popular Ukhozi FM breakfast host Khathide "Tshatha" Ngobe until the end of March following an investigation into misconduct.

Ngobe was investigated for misconduct after taking to social media to make claims that Ukhozi FM’s song of the year campaign was corrupt.

"Ukhozi FM management has concluded the matter with Khathide Ngobe, and a decision has been taken that Mr Ngobe will remain off-air until the end of March 2021,” SABC acting spokesperson Mmoni Seapolelo said on Wednesday morning.

“Mr Ngobe has also committed to making a public apology on his social media platforms today.”

Ngobe, who has been with the station almost 20 years, claimed on social media that Shwi Nomtekhala’s maskandi hit Ngafa was supposed to be named winner of the coveted competition in 2005 but instead station management went with crowd pleaser 2Bob by Malaika.

“Shwi Nomtekhala won the competition, but due to certain reasons Malaika’s 2Bob was named winner and Shwi Nomtekhala was placed in second place,” Ngobe wrote on social media according to a report in the Daily Sun.

“The duo’s song was huge on another level, but there were fears people might not accept a maskandi song.

“The nation was expecting their song to be announced as song of the year, but management chose Malaika’s.”

“The utterances made by Mr Ngobe, were a transgression, which the organisation viewed in a serious light as they were damaging to the SABC's reputation, particularly Ukhozi FM,” Seapolelo said.

“In his post, Mr Ngobe correctly pointed out that the popular Ukhozi FM campaign Ïngoma Ehlukanisa Unyaka he was referring to, did not have a voting element back in 2005.

“However, Mr Ngobe took an unofficial position to speak on behalf of the organisation, mentioning the names of artists which the organisation respects and considers important stakeholders in the music industry. Furthermore, his utterances were misconstrued, alleging vote-rigging by station management, despite no public voting in that particular year.

“In 2009, the station introduced a voting element to the campaign. Since then, auditors have been appointed every year to ensure that all results are fair and transparent, as is the case with all campaigns that involve voting at the SABC on all of its platforms.”

'Song of the Year' legal challenge against SABC dropped

The public broadcaster on Tuesday said it is no longer legally prevented from revealing the results of its Song of the Year competition.
Entertainment
1 year ago

Ukhozi FM to announce 'song of the year winner' on Friday

The winner of the controversial Ingoma Ehlukanisa Unyaka Campaign will finally be announced on Friday.
Entertainment
1 year ago
Next Article