Broadcaster has been in homophobic row before 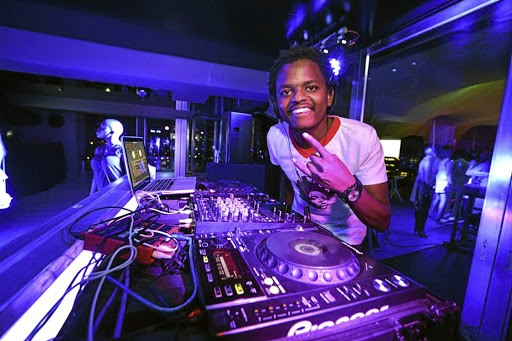 Media personality Macgyver Mukwevho, known as MacG, has lost a main sponsor of his YouTube series podcast following the latest episode which was slammed by the LGBTQI community for hateful transphobic comments.

In the episode of 'Podcast and Chill with MacG', Mukwevho and co-host Sol Phenduka are engaged in a discussion about public figures that allegedly dated trans women. Phenduka then uses the derogatory terms “shemales” and “woman with a di*k, as Mukwevho is visibly amused and both men laugh.

Top sponsor Old Mutual has since cut ties with the series, stating in a statement: “As a responsible business that fully respects the rights of everyone, we have decided to terminate the relationship with MacG, with immediate effect.

“We distance ourselves from the harmful commentary against the LGBTQI community and humanity at large,” the statement continued.

“To say the least, MacG’s commentary was both ignorant and insensitive, clearly showing that much education needs to happen, especially in a country where people continue to be ostracized, killed, abused and raped for being who they are.”

Trans woman and activist Yaya Mavundla said she was more hurt than angry over their transphobic discussion.

Phat Joe is off the hook with the Broadcasting Complaints Commission of SA (BCCSA) after it ruled that comments made by the guests on his 1Magic show ...
Entertainment
1 year ago

“I’m very disappointed at first for saying such things that are demeaning and hateful. It brings the community to shame and it opens so many people to hate us,” Mavundla said

“But above all, MacG and the people in that studio not finding anything wrong with what Sol said is problematic and painful.

“I’m not in a space where I want to fight with MacG, Sol or anyone on that production. But I want to invite them to engage and ask them to do better. Are they willing to teach society to do better with the platform they have?

“I feel like they are the right people to call out homophobia, transphobia and queerphobia. They need to go do research in the community and go back to educate the public.”

“An apology is needed but it’s not enough. MacG has seen that there is backlash and he has chosen to remain quiet. The video is still there 20 hours later and it shows that he sees nothing wrong,” she said.

Mukwevho was last week announced as part of African #YouTubeBlackVoices Creator Class of 2021 – a grant programme that invests in black creators to empower them to produce content that focuses on racial justice and black experiences.

In 2010, Mukwevho was fired by youth station YFM after Broadcasting Complaints Commission of South Africa (BCCSA) fined the youth station R15,000 over his homophobic remarks.

Gerry Elsdon on backlash over ‘homophobic’ comments: 'Lord, I stand on and by your word'

Media personality and pastor Gerry Elsdon (nee Rantseli) has broken her silence as Twitter users continue to lambast her for comments she made on ...
Entertainment
1 year ago
Next Article