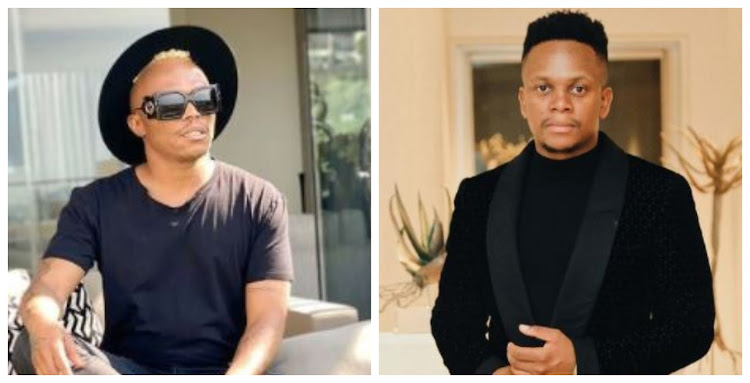 Three months after plagiarism accusations against the creators of Dinner At Somizi’s first surfaced, producer Nkululeko “Legend” Manqele has finally addressed the claims.

In a media statement provided to TshisaLIVE, Legend said he had hoped the situation would have been resolved amicably by all involved and that he would not need to issue an official comment.

However, Legend decided to break his silence after "private and legal interventions" apparently proved futile, adding that he did not want his silence to be misconstrued as  an admission of wrongdoing.

“The original concept of the cooking show was created during levels 5 and 4 of the lockdown as a virtual cooking show hosted by Somizi and his husband Mohale. The show was named Straight Out Of The Kitchen.

“With comedy and music shows going virtual, there was a clear need for this kind of show. The show would see the newlyweds host normal South Africans in their kitchen via Zoom or Skype while cooking and chatting. The guests would also be required to cook.”

Legend said Somizi had initially intended to launch a cooking show on his YouTube channel, but he approached him and suggested he consider the TV route instead as his the customer base was already sitting with the channel.

“While MultiChoice was initially on-board with the idea of a virtual cooking show, they suggested a few changes to the format and suggested we change the name of the show to Dinner At Somizi’s.

“After shooting three episodes of the cooking show, MultiChoice requested that more changes be made to the format. A collection of e-mails exist which set out this chain of events.”

Legend denied the accusations of plagiarism brought against them.

“All allegations in this regard are patently false and without merit. The fact that what was ultimately presented on television screens is similar to an idea that Hastings Moeng had eight years ago is nothing more than a coincidence.”

Legend admitted that Hastings, the producer who has made the allegations, approached him at the gym eight years ago with an idea for a cooking show.

Legend claimed he had asked Hastings to e-mail him. Hastings apparently has evidence "proving" the e-mail was delivered but was never opened.

“Judging by recent developments, our attempts to address this matter privately with Mr Moeng have obviously been unsuccessful.”

“We do not want respond to public statements as the matter will be addressed before the court," he said.