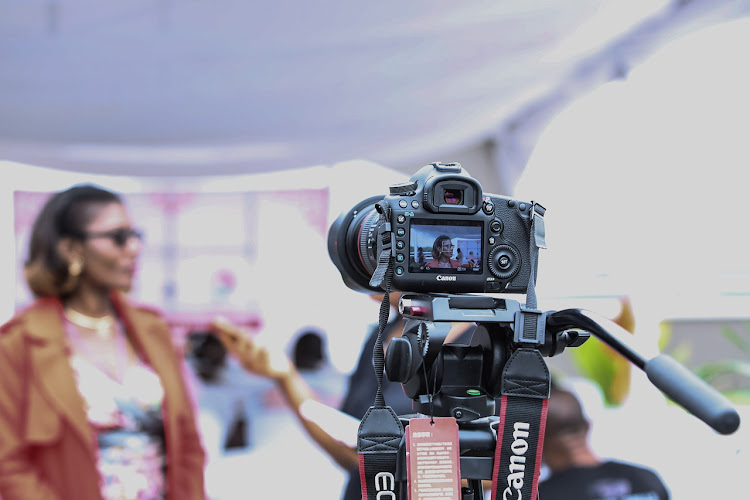 The Eastern Cape Film Festival has partnered with Slate 2 Productions to create awareness around mental illness through a new short film titled Eruption.

The film falls in line with the production company’s quest to address and educate the public about issues that are normally shunned by society.

“As artists, we know more than anyone how mental illness can crush you and make you feel like you’re just existing without a purpose.

French couturier Pierre Cardin, who made his name by selling designer clothes to the masses, and his fortune by being the first to exploit that name ...
News
1 year ago

Mary Twala, Bob Mabena and Allen Booi are some of the industry giants we lost this year.
News
1 year ago

“Unintentionally, we often expose ourselves to situations that put us under pressure and end up comparing ourselves to our peers and family members. We believe that the ‘cure’ to mental health is facing all those loud noises inside your head,” Ngamlana said.

She said they aimed to remove the stigma placed on mental health issues, through film.

Eruption focuses on the main character, a depressed woman who constantly hears voices that affect her overall functioning.

The film encourages young people to stand against the pressures of their careers and society and move at their own pace.

“We are here to help put the pieces back together again, to learn how to look at ourselves with love and not judgment, to allow our voices to come out and say ‘I don’t want to’ or ‘I don’t feel up to it today’ without having your heart beat outside your chest,” Nduna said.

Nduna said they also hoped to make people aware of the impact of their words and actions on other people’s mental health.

The team has initiated an online crowdfunding campaign to make the film.

“The funds will be used for the three production phases — pre-production, production and post-production. This will include all cast, crew, gear hire, locations, catering and transportation costs,” Mqolombe said.

The film is set to launch in October and will be made available to the public free of charge.

Mqolombe said they hoped to shoot the film in the Eastern Cape but it would depend on sponsorship.