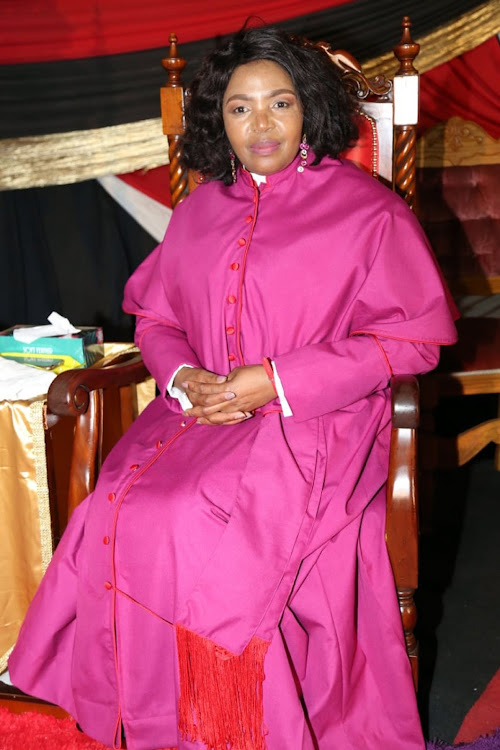 Muvhango actor Constance Sibiya is ushering in change as the newly elected bishop for her church – a position that has for years been dominated by men.

Renowned for her role as matriarch Vho-Hangwani on the soapie, the 53-year-old officially became the bishop-elect for the Communion of Episcopal & Apostolic Churches International that serves within the province of Saint Athanasius of Alexandria.

“This is a way of showing society that women are not just called to serve tea and clean.

“The position has always been dominated by men. They have always tried to suppress women, even when they knew that if a specific woman took lead and ministered a lot of people will get comfort. It’s high time that people see that God has elevated women to rise to positions of power within churches.”

Her husband, Dr. Abraham Sibiya, is the archbishop of the African region at Saint Athanasius of Alexandria. Sibiya’s promotion comes after years of being the chief administrator in the Episcopal office.

Muvhango actress Regina Nesengani has graduated with a Doctor of Philosophy (PhD) in langueges, linguistic and literature.
Entertainment
9 months ago

“I know I have a mandate to speak to women. My mandate is not coming because I’m perfect or better than anyone. It’s because I have failed many times and God still says stand up, I can still use you. I come for the broken-hearted,” Sibiya said.

“ There are a lot of women starting their own ministries because God is charging women to do so. Being a bishop-elect is above a church and I’m now able to minister beyond my church capacity.

“It is a position of a pastor but with a higher authority. I can be invited to marry any person in any capacity. I can be able to lead a president who needs someone to pray for a specific item.”

The mother of five has served in the house of God since she was 14 and has grown in the ministry.

“You must have a lot of pastors behind you and have served God for a long time in order to be elevated to bishop-elect. I understand that these days on social media people wake up as a member of the church and the following day they are bishops,” she said.

“This is an opportunity to teach people that a bishop is a higher calling. You can’t wake up from being a tea lady and become a CEO – you work your way up. You understand the dynamics of the church and have the wisdom on why you are appointed.”