Since the video of Duduzane's walk went viral, Big Zulu's song has climbed the music charts! 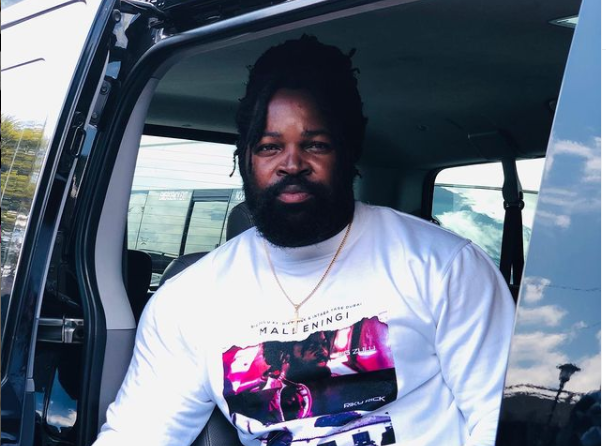 Rapper Big Zulu's song went viral after Duduzane Zuma posted a video of himself walking with the song playing in the background.
Image: Instagram/Big Zulu

Rapper Big Zulu has expressed his gratitude to Duduzane Zuma for the effect his Instagram video, which has turned into a viral social media challenge, has had on increasing the popularity of his latest hit song Imali eningi.

Imali eningi, which features Riky Rick, went viral after Duduzane posted a video of himself walking with the song playing in the background. The video, which was posted on his Instagram stories, found its way to Twitter where it landed on the trends list and soon became the #DuduzaneZumaWalkChallenge and #DuduzaneZumaChallenge.

Since the challenge went viral, Big Zulu's song has climbed the local music charts and has even landed on the Twitter trend list a few times, including on Tuesday morning.

So the rapper took to his social media to thank Mzansi for the love his song is getting and to thank Duduzane for what his video has done for his song and career.

“I just want to express my heartfelt gratitude to SA. I want to say thank you for the love that you have shown my song, Imali Eningi. It has made us so happy to see the song rise.

“I also just want to particularly thank my brother Duduzane Zuma, Msholozi, for the challenge that he created using our song. I don't have much to give, just words from my heart to say I'm truly grateful ... Thank you so much,” he said.

The challenge saw many famous faces participate including DJ Fresh, DJ Tira, rapper Riky Rick and many others.

Even a video featuring US comedian Steve Harvey walking to the beat of the popular song made it to the TL.

Watch some of the challenges that got a whole lot of vibes on the TL below: