Get prepared to boost your bandwidth 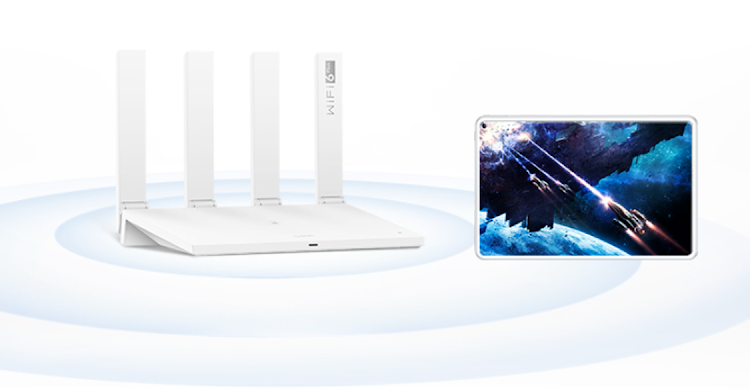 Everyone’s talking about 5G, the latest technology in cell service, but what about Wi-Fi 6? Did you even know there was a Wi-Fi 5? Probably not because it wasn’t called Wi-Fi 5. It didn’t have a name — it was referred to as 802.11ac and before that, there was 802.11n.

With the release of Wi-Fi 6, the Wi-Fi Alliance renamed everything to make it a bit easier for everyone to understand. Wi-Fi 6 (also known as 802.11ax) is a new-generation Wi-Fi standard and it’s pretty exciting because not only is it faster than Wi-Fi 5, it allows more devices to connect simultaneously with a lower latency.

There’s a good chance you have a Wi-Fi 5 router right now which is what you use to connect everything from your phone to your fridge to the internet. But here’s the thing — Wi-Fi 5 routers can only communicate with one device at a time. Anything connected to a Wi-Fi 5 router is either in transmission mode or a disordered waiting statue, both of which still consume battery power.

This makes Wi-Fi 6 not only more sustainable (it reduces power consumption by 30% and improves your battery in return) but stable too.

Innovative, inside and out

The amount of devices connected to your router matter. According to a recent survey, the average home has about nine Wi-Fi-capable devices in it but it’s predicted that this number will grow to 50 in the next few years. But the more things you connect to your network, the slower it gets and that’s because not all routers have MU-MIMO technology, or multi-user, multiple input, multiple output.

This technology gives a router the ability to multitask and communicate with different devices simultaneously. Before MU-MIMO, a router would only be able to broadcast to one device and then the next... This took a toll on connectivity speeds and stability. But with MU-MIMO, routers can communicate with four devices at once and MU-MIMO in Wi-Fi 6 doubles this number to eight.

Another innovation you’ll hear about with Wi-Fi 6 is OFDMA, or orthogonal frequency division multiple access, which is a 5G, single-source technology. Wi-Fi 6 OFDMA routers are designed to many devices on one network because they all share the same spectrum of resources simultaneously. A total of 128 access devices are supported on dual-band, Wi-Fi 6 routers.

A need for speed

When choosing a new router, there are a few things to keep in mind. Not only do you want a simple, secure and stable connection, you also need a device built for speed. Wi-Fi 6 is incredibly fast — think up to 10Gbps or more, a huge leap from Wi-Fi 5’s 3.5 Gbps — but if you don’t have a router that can support this speed, it’s not going to be much use for you. The same can be said about 5G — if you don’t have a 5G-capable smartphone, you won’t be able to take advantage of the next-generation of mobile connectivity.

Huawei’s incredible new range of AX3 wireless routers are the first Wi-Fi 6 Plus routers from the Chinese technology giant. These AX3 routers do not only support Wi-Fi 6 standards, they have a unique chipset specifically developed for routers — the Gigahome Wi-Fi 6 Plus 650 chipset.

This innovative combination of hardware and software means that delays and disconnections are a thing of the past. All Huawei devices, including routers and mobile phones, support 160MHz bandwidth, which means they are twice as fast as Wi-Fi 6 devices supporting 80MHz bandwidth.

Even Huawei’s Wi-Fi 5 smartphones support this ultra-wide bandwidth — such as Huawei’s flagship Mate 20 series, P30 series, Honor View20 series and Honor View30 series — which means if you have one, you’ll be able to take advantage of the crazy download speeds that a Wi-Fi 6 router brings.

How fast? Try downloading a HD movie in 10 seconds!

With Huawei’s AX3 wireless routers, you’re looking at the highest performance, fastest speeds and strongest signal when compared to other 3000mbps Wi-Fi 6 routers available. Even better, Huawei will be bringing two models of its incredible, AX3 wireless routers to SA: a dual- and quad-core option.