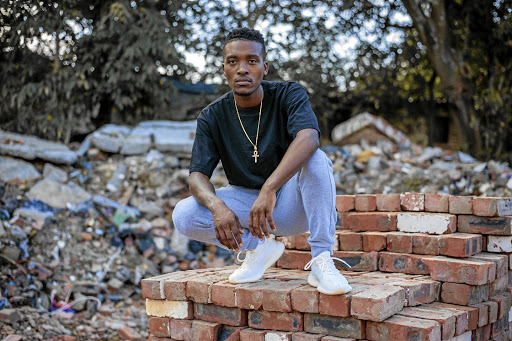 American music producer Will.i.am has issued an apology to Durban-born gqom pioneer DJ Lag for 'getting credit information wrong' on his latest single Culture which sampled a beat from the SA DJ.

Ryte had been accused of stealing DJ Lag's beat to the song Ice Drop.

"What’s up everybody, I’m here to clarify the situation between the song Culture and Drop ice by DJ Lag. First I want to take the time to apologise to Megan Ryte from the bottom of my heart. Megan, I’m truly sorry for putting you in this situation and I want everyone to know Megan does not deserve the hate you are throwing at her, because Megan didn’t do anything wrong," Will.i.am said.

DJ Lag, Real name Lwazi Gwala, confirmed to Sowetan permission was not sought for the track.

“Culture has used my track Ice Drop without my permission. We are dealing with this with my management at Black Major and hope that I can share news on the outcome with everyone soon,” DJ Lag said in a written response through his manager, Sevi Spanoudi.

DJ Lag dropped Ice Drop in November 2016. Last year he famously produced My Power with Beyonce, Moonchild, Yemi Alade, Tierra Whack and Busiswa. The song appears on The Lion King: The Gift - the soundtrack for The Lion King remake.

Ryte released Culture last Friday to social media uproar over its similarities to Ice Drop. The New York-based artist has not yet responded to the controversy.

"Everything was in large proportion and we were in awe - and just excited."
Entertainment
1 year ago

Social media users launched a blistering attack at Ryte calling her out for the theft.

“Turn on your Instagram and YouTube comments Meg, we just want to talk. The audacity of calling your song ‘culture’ when you stole it,” @cece_feels wrote on Twitter.

“Where is Dj Lag? We know the beat. the song was so huge in 2016 guys go report the song for anything on YouTube until the right thing is done,” @LayeloSithebe tweeted.

“The funny thing is that she getting overwhelmed and emotional from the positive feedback over a beat she stole…  how are you not ashamed not even a little bit?,” @InsanelySayne asked on Twitter.

DJ Lag thanked South Africans for their support during this time.

“I’m bsolutely aware that South Africa has my back. The people's support has made this whole event manageable,” DJ Lag said.

“I’m grateful to my people here at home and across the world and to all the media who chose to cover the truth.”