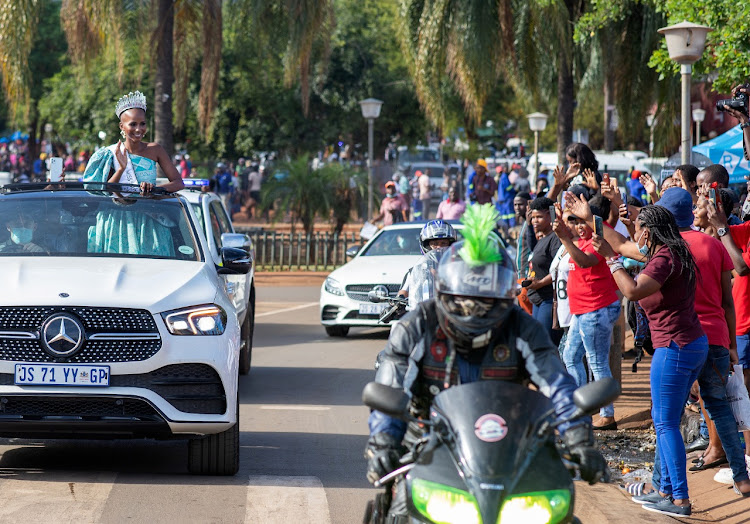 Miss SA Shudufhadzo Musida made an emotional return to Limpopo and her home village of Ha-Masia this weekend, drawing massive crowds.

Musida was received by the VhaVenda King at Vhembe district municipality and the Makhado mayor during her visit, and held a parade around the streets of Polokwane.

There was also a fancy dinner and another parade in Thohoyandou.

The beauty queen spoke about the love and support she received from her hometown in an interview with TimesLIVE shortly after her crowning last month.

“This title means my dreams are valid. God changes the narrative irrespective of your surroundings, and I am proof of that. I used to watch the show and limit how much I would dream because I live in a village, how can I ever be Miss SA? Now I am here as Miss SA, saying your dreams are valid.

“There is an entire village behind me that is so much bigger than me. I have been carried up on a mountain of prayers.”

Her win was described as a “game changer” by many on social media, who hailed her decision to wear a clean cut crown. Sadly, many also drew comparisons with previous Miss SA and current Miss Universe Zozibini Tunzi.

It was all love from Tunzi, who said she was in awe of Musida.

“You're doing the most. I'm so happy to see Limpopo coming out to embrace you and welcoming you home. Keep making everyone proud,” she wrote.

You're doing the most😍
I'm so happy to see Limpopo coming out to embrace you and welcoming you home. Keep making everyone proud ❤🇿🇦 https://t.co/i2uDw5zAaH

...That seeing other blk women in their most natural state winning acclaimed beauty pageants is a personal threat to the investment they’ve made in looking as far from black as possible.

The beauty queen was not letting any criticism get to her though, and had a great time.

Here are five great moments from her homecoming:

That's how we wrap up day 1 of @Official_MissSA @abigailmusida Homecoming Celebrations with a parade in and around the streets of Polokwane.
Tomorrow she will be heading to Vhembe District.#MissSAHomecoming#RiseLimpopoRise pic.twitter.com/ObHEpqHMoa

A tribute and a dance

“My grandfather is probably my favourite person in the entire world. He showed me love in its purest form. Sacrificed so much for all of us. I remember when I was six and used to visit him at the school he worked at. He would get on his bicycle and go to the nearest shop and get me a string of Chomp chocolates just to make me feel special.

"His gentleness with all his children and grandchildren has taught us love, respect, and kindness. He has been the greatest father figure to me and I am so blessed to have him as the love of my life,” she said. 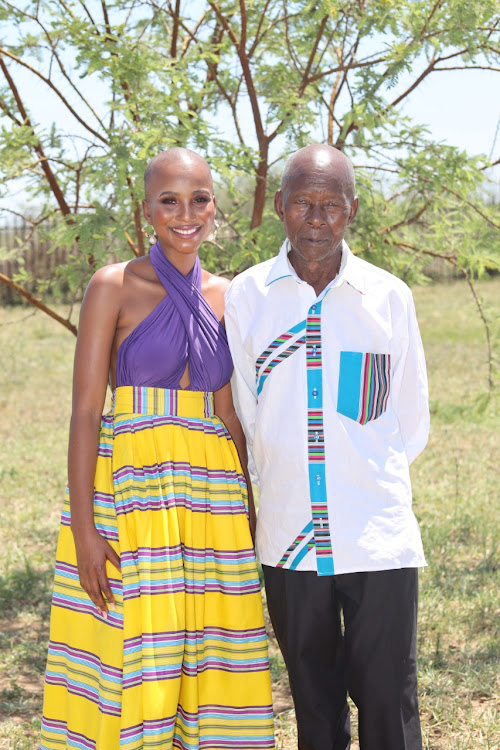 "Thank you Premier, MECs and Executive Mayors for contributing to my dream for change. We should stand together and show that as a province we have substance. I have so much pride from being a product of Limpopo." @Official_MissSA @abigailmusida #LimpopoWelcomesMissSA pic.twitter.com/cGxa3iPwt6

Our Queen is warmly welcomed home and showered with so much love from the wonderful community of Limpopo as she is received by VhaVenda King at Vhembe District Municipality and Makhado Municipality Mayor. @abigailmusida #MissSA2020Homecoming #ShudufhadzosHomeComing #GoLimpopo pic.twitter.com/frN6H7W0RA