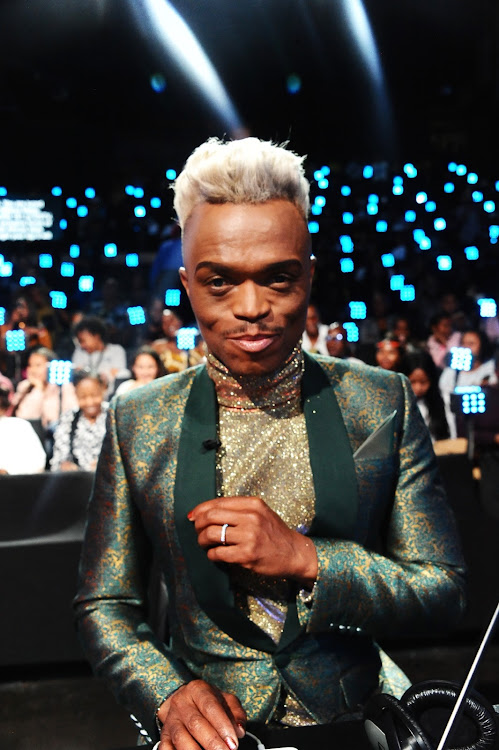 Talks between TV and radio personality Somizi Mhlongo, his producer and a budding TV creator have deadlocked over  Dinner at Somizi's intellectual property theft dispute.

This has now led Hastings Moeng’s lawyers to serve Mhlongo, his producer Legend Manqele and MultiChoice with separate letters of demand, which threaten the show’s second season. The letters were sent on Friday.

Moeng claims to be the brains behind Dinner at Somizi’s.

Mhlongo, Manqele and MultiChoice were served with the letters after a standoff after numerous meetings between Moeng’s lawyers, MultiChoice and Manqele failed to reach an agreement.

The meetings were held after Moeng had demanded acknowledgement and a share of spoils of the show last month. According to one of the letters, Mhlongo had not attended any of the two meetings.

The three parties have until tomorrow to provide Moeng with any information on details surrounding its second season after the first one ended last month.

Moeng is now demanding that MultiChoice disclose how much it paid Mhlongo and Manqele for the first season of the cooking show that featured the socialite hosting celebrity guests for dinner.

Moeng had in previous correspondences shown records that revealed he had shared his idea for the cooking show with Mhlongo and Manqele via email in 2013 and 2016 respectively.

In the letters which Sowetan has seen, Moeng’s lawyers, Marweshe Attorneys Incorporated, demanded disclosures on negotiations either pending or completed about Dinner at Somizi’s happening without Moeng.

I a seven-page letter addressed to MultiChoice’s lawyers, Webber Wentzel, Moeng’s lawyers say they were informed by the company that season two of the popular reality TV show was on the cards.

“Your client, MultiChoice, is requested to disclose, in good faith, if any agreements concluded pertaining to the cooking-talk show or is aiming to enter into any agreement thereof, and if our client will be included,” the letter stated.

“MultiChoice is further requested, in good faith, to disclose the agreement entered into between the channel, Somizi and Legend, including the amount that had been paid to Somizi and Legend pertaining to season one,” the letter stated.

Another theft accusation levelled against Somizi

Former artist manager Veli Dlamini has told how he lost his vehicle and medical aid cover after choreographer Somizi Mhlongo allegedly dumped him on ...
News
1 year ago

The letter addressed to Mhlongo and Manqele cited an interview Mhlongo had on Newsroom Afrika last month in which he admitted that Moeng had once told him of an idea for a cooking show in 2013.

“I only spoke to him [Moeng] once, I think it was even 2013 not 2014, he told me that he wants us to do a cooking show Dinner with Somizi's or something like that but I’ve never seen any documents. It came as a shock that he sent me emails, which I don’t dispute but I’ve never opened the document,” Mhlongo told Newsroom Afrika last month.

“Our client’s view, on the issues to date, amplified by the TV interview conducted with Somizi ... that the cooking-talk show concept is created by our client, but owned by Somizi and produced by Legend,” it stated.

The letter further added that after contacting them on September 18 2020, Manqele had denied that the show concept was created by Moeng.

“It goes without saying that, if indeed these observations prove correct, it may corroborate claims by the members of the public that Somizi and Legend deliberately and intentionally ‘stole’ our client’s cooking-talk show concept for their own selfish and pecuniary gain.”

Mhlongo had not responded to Sowetan’s request for comment yesterday.

Manqele confirmed receiving the letter of demand and said he was prepared to defend himself in court. He said he was not “at liberty to disclose any information” on the show’s second season.

“It is not my intention to litigate, or to add fuel to this matter through the media. The only thing I will say is that I have made it clear to Hastings and his representatives that the concept for the show did not originate from him,” Manqele said.

Mabu Marweshe from Marweshe Attorneys said: “We've had meetings with them without prejudice where we didn’t reach any agreement.”

He confirmed that they had “dispatched the two letters” but refused to discuss the contents.