Reshoot of the dance craze video will star Mpumalanga ladies 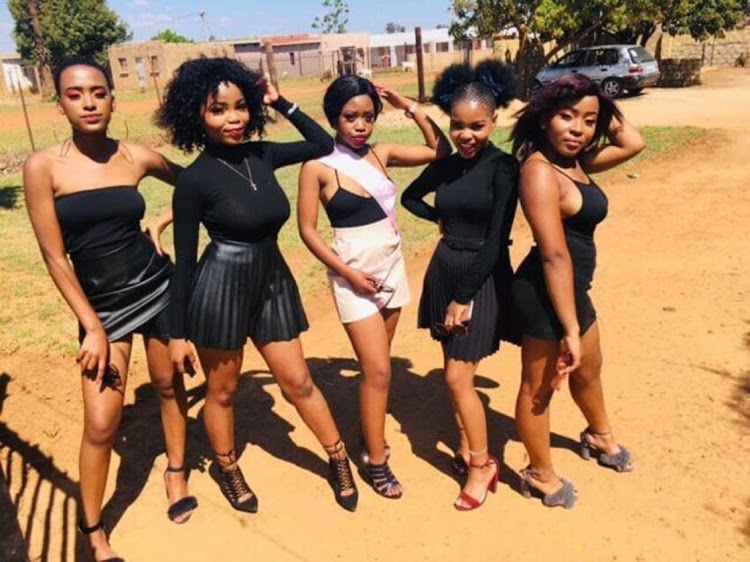 The video will be reshot, with appearances by these five young women who turned the song into a viral dance craze.
Image: Twitter

John Vuli Gate musical artists are planning to reshoot the music video to feature the five young women that turned the song into a viral dance craze.

The song by Amapiano duo Mapara a Jazz featuring Ntosh Gaz and Colano had already filmed the unreleased music video before the five women did the dance challenge on TikTok.

But Colano told Sowetan yesterday that due to popular demand they are making arrangements to reshoot the music video with the five Mpumalanga women.

“We are in contact with them and we are trying to arrange reshoots to feature them,” Colano said.

“We want them in the video and add them to what we have already. So many people have requested it and we are trying to make it happen. Nothing is confirmed yet, but we are in discussions to accommodate them.”

According to Colano they recorded the song in July before releasing it on August 27 on online platform Data File Host.

Three weeks later the song triggered a TikTok dance challenge after a group of young men were spotted coming out of a minibus taxi at a filling station and performing the now famous John Vuli Gate dance challenge.

“But we first saw it with those boys dancing outside the filling station. So, we don’t really know who originated it, because no one registered it as their trademark. We don’t want to be caught in the middle of that fight.”

Colano admitted that the biggest impact has come for the five Mpumalanga women.

“The girls took it to another unimaginable level. After their dance video it just exploded. When we first saw the video we thought ‘this is the end’,” Colano said. “Yes there were other videos, but they took it to another level. They surpassed expectations."

Colano explained that the song’s catchy phrase is inspired by the line Nambitha Mpumlwana delivers out in the rain in the Oscar-winning film Tsotsi before she gets hijacked by Presley Chweneyagae’s character.

“We interpreted it differently. The meaning of the song is simple. We are saying the ladies are here, so John we don’t need much from you,” Colano said.

“Open the gate, let them into the yard and let’s have fun. We want to come into your house and party – it’s just the ladies and we are harmless.”

Better known as the Whistle Girl who burns the dance floor at parties, her name is Reneiloe Seemane and she says that her love affair with the ...
Entertainment
1 year ago

SA music talent has in the past 10 years been making waves and wooing international audiences more than ever before thanks to several veterans who ...
Entertainment
1 year ago