Arts activist and performer left SA for exile 40 years ago 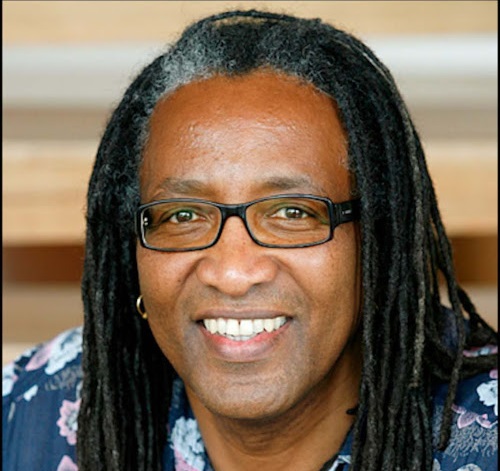 World renowned South African percussionist, composer and poet Eugene Skeef who has been living in London for forty years is thrilled to be finally invited to participate in one of the biggest poetry gigs, Poetry Africa festival.

The 70-year-old, who performs live at various international festivals, wished to be part of the 24-year-old event for many years but it never happened.  Having hosted poetry master classes at University of Johannesburg in 2018, the Black Conscious Movement activist is looking forward to sharing his 65 years experience of poetry and wisdom with South Africans.

“I’m excited as a five-year-old boy just to know that I am going to feature in poetry Africa.  For many years I have been following the festival and Gcina Mhlophe tried to get me to be featured at some point but it  did not happen since I live very far.  I’m performing for the first time and it means a lot,” he said. .

Poetry Africa festival will be presented by the Centre for Creative Arts at the University of Kwazulu-Natal from Monday October 12 to Saturday, and features over 30 poets, some of whom will perform virtually. Skeef will be performing virtually, and will share the stage with Nomakhwezi Becker, Menzi Sibiya, Natalia Molebatsi, Makhosazana Xaba and Athol Williams.

Born in Jacobs, Durban south, Skeef explains that he has been writing poetry every single day since Covid-19 outbreak and that has given him a challenge which to choose for the Africa Poetry event. Unlike many poets who write what they feel, for him poems come through a dream. He explains that his late mother, who was a healer, is responsible for the gift he has. Skeef’s poetry speaks about nature, spirituality and he also honours his friends through poetry.

Asked whether poetry had a future in SA, Skeef, who was also a driver of the late Black Consciousness Movement (BCM) leader Steven Bantu Biko, says some of his poetry reflects the ideology of BCM. The celebrated performer normally keeps himself busy with what is happening in the country through interacting and mentoring young people on social media.

Reminiscing about the good and old days, Skeef remembers how he used to entertain the likes of Biko and Mamphela Ramphele after their political gatherings. After Biko’s death he had to flee the country since he was targeted by police because of his involvement with the work of Biko and other civil rights activists. “While I was with South African Student Organization (Saso) I was also Steve Biko’s driver. Steve used to  admire my poetry and I also believe that he was also a poet. Poetry emits a very high frequency of consciousness for people to tune in it,” says a man whose profile is well established internationally.

As a strong believer of the BCM ideology, Skeef believes that the current political dispensation is completely the opposite of what Biko and others comrades gave their lives for. He says the people’s consciousness of who they are and what they stand for is very low.

“Black consciousness in its simplest form is all about raising people's awareness to know that under any circumstances they are equal to anybody else. They are not beneath under any race. I’m deeply inspired by young people communicating with me who are very inspired by my music and poetry.”

Skeef has founded Umoya Creations, an NGO which promotes education in the arts.  He comes from a polygamous home, with his father having had seven wives and 47 children.

To contribute to Pan Africanism and the renaissance of the continent, SA's third poet laureate Dr Wally Serote has launched an online platform for ...
Entertainment
1 year ago

Poet Mbalezinhle Mkhize-Mabaso from Richards Bay in KwaZulu-Natal is taking her poetry to international stage.
Entertainment
2 years ago
Next Article