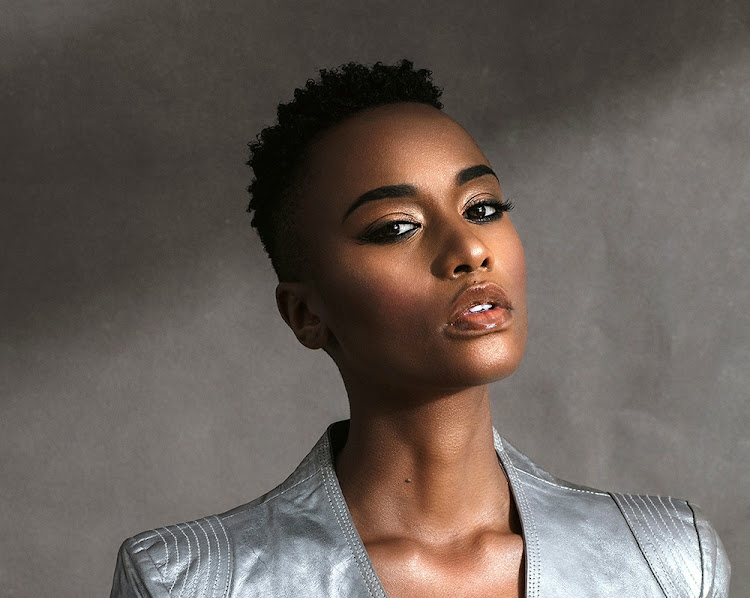 Miss Universe Zozibini Tunzi has been nominated for the E! People's Choice Awards.

The nominees of the international awards were announced on Thursday afternoon and Tunzi is in the race to be named the African Social Star of 2020. She is nominated alongside model Karl Kugelmann, rapper and actress Sho Madjozi, International Emmy Award-nominated actress Thuso Mbedu and magician Wian van den Berg.

Tunzi said it was an honour to have been nominated.

“It makes it so special, knowing that it is people’s choice to nominate you and it's even more unique knowing that people will be voting. Wherever I go in the universe, it will always be my life's mission to represent myself, my family and Africa in the beautiful light they all deserve to be [seen in]. Thank you so much and good luck to all the incredible nominees,” she said.

“Being nominated means the world to me because when I was growing up I used to watch the awards and celebrities on the red carpet and I never thought it will be me one day.”

Tunzi, who is nominated in the category that Bonang Matheba won last year, praised the organisers for introducing the award because she feels that the world has to see what Africa has to offer.

Mbedu said about her nomination: “I have never planned to be a star of any sorts. When I pursued acting, it was because that is my purpose. The influence is a by-product and in this digital media age I aim to use my platforms for good, to create awareness for important causes and shine the light on things that could be overlooked. I am honoured to be considered for this award.”

The E! People's Choice Awards  will take place on November 15 and the voting, which happens through website and Twitter, started on Thursday afternoon.