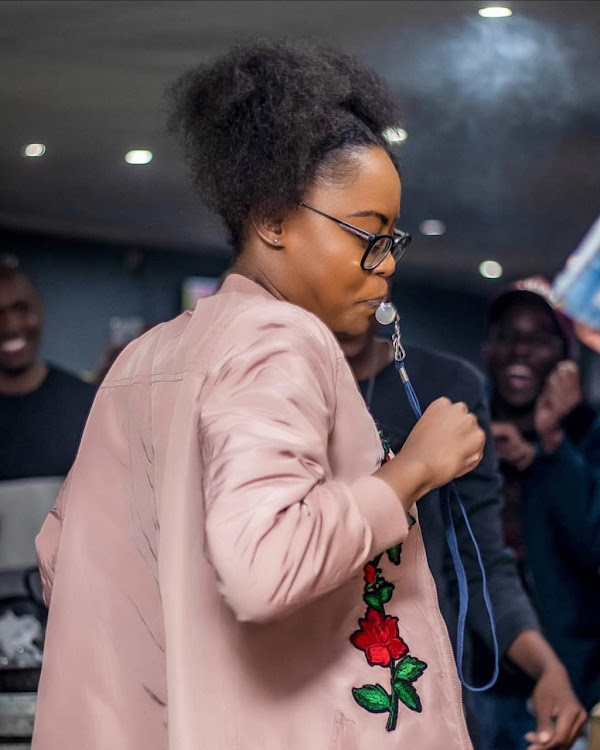 Better known as the Whistle Girl who burns the dance floor at parties, her name is Reneiloe Seemane and she says that her love affair with the whistle comes from her dream of leading a marching band.

Seemane, 19, became an overnight Twitter sensation after a video of her dancing while whistle-blowing went viral on social media and won the hearts of many South Africans including some influential people. Mzansi even dubbed her Ngwana Referee (Referee's child).

The whistle-blowing came naturally to the amapiano dancer, who says that it was inspired by a fantasy she created in her head of leading diturupa (marching band).

“The whistle with me has always been a must at grooves [parties] because that’s how I keep myself entertained. I guess one can say that the whistle thing came naturally because I have always wanted to play it and be the girl at the front of diturupa, where the whistle is to direct the rhythm of the drums and the marching of the troops.”

Diturupa, which are styled on the black soldiers who returned home after World War 1, is a huge community movement in Pretoria, especially in the northern parts.

Seemane, who is from Lotus Gardens, Pretoria West, says that her “groove life” started during the past festive season when her parents decided to allow her to go to parties.

“The partying began  in December when my sister Lebo spoke to my parents about letting me go with her since I was of age and the rest was history.”

Seemane says her parents were not shocked when the video  went viral because they knew she had a wild side.

“I believe my parents understood or had an idea, they always knew that I tend to be a bit loud when I am at home and they have always said it's because I was born on the 31st of December.”

Ngwana Referee started a YouTube channel where she speaks about groove and music in Spitori – the lingua franca of  Pretorians. She says that the channel adds to the fact that she always speaks to walls so she decided that speaking behind a camera wouldn’t be so bad.

Apart from being the life of the party, Seemane is a focused second-year university student.

Dancer Musa Motha has never allowed cancer that led to his leg being amputated stop him from becoming a professional contemporary dancer.
Entertainment
1 year ago
Next Article