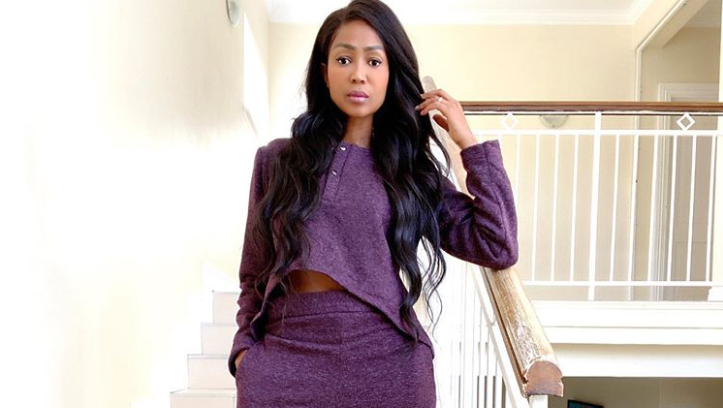 Babalwa Mneno has hit back at claims she is involved in human trafficking.
Image: Via Babalwa Mneno's Instagram

Socialite and model Babalwa Mneno has again slammed suggestions that she is involved in a human trafficking scheme, calling the claims “patently false”.

The star has previously denied claims that she was “selling girls” to foreign businessmen, but the accusations resurfaced this week with the conversation around human trafficking on social media.

After meeting with her legal team, Babalwa issued a statement on Tuesday denying the claims.

“I have decided to write and categorically state that all these malicious, ridiculous allegations are unfounded and desperate,” she wrote.

She said over the past few years her “name has been tarnished constantly” by the claims in an attempt to question her character, and there was no evidence linking her to any crime.

Babalwa said she had always conducted her business legally but such “social media bullying” had caused her “reputational damage, violence and emotional distress”.

The star added that an investigation was under way to try to find out who was responsible for the allegations and bring them to book.

“I have been advised by my lawyers that legal action will be taken as soon as this issue has crystallised.”

To who it may concern.... pic.twitter.com/uHKRdudTQK

The star took to social media last year to address allegations after they were published on Twitter by the @AdvBarryRoux parody account. The account shared a screenshot of a conversation in which it was suggested that Babalwa was a pimp.

“I’ve never pimped a fly! I’m not even scared to put you on blast and have your ghost hunt investigation on me! Witch hunt.”

At the time Babalwa said she was the one who had previously exposed girls who would DM her in the hope of being hooked up with rich men.

“The very same person that exposes these girls that try dm me about wanting to be pimped or hooked up with rich men? Lol, if I was one of them I would not do such boo! Imagine collecting money in return from selling a poor innocent girl to some man? Really? Shame you don’t know me.”

Socialite Babalwa Mneno has hit back at criticism of her wearing a weave while protesting against a Clicks advert labelling African natural hair as ...
Pic of The Day
1 year ago
Next Article