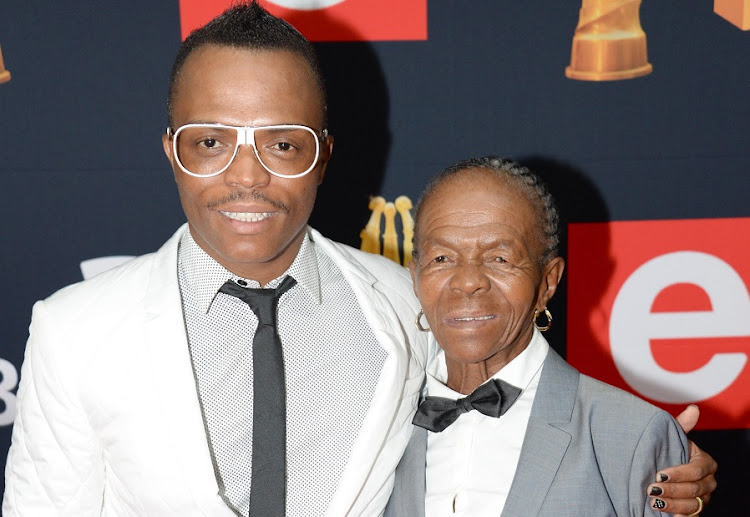 In celebration of what would've have been veteran actress Mary Twala's 80th birthday, her son Somizi has shared a video showing her strength and how, even when she was in hospital, she still managed to put a smile on his face.

Mary died two months ago after being in and out of hospital for several months.

“Someone is cutting onions.. How can I not choke up watching this? Happy 80th Ma," Somizi said.

In the video, Mam' Mary can be seen lying in a hospital bed with her best friend and veteran actress Lillian Dube standing beside her. They speak about how they never let present circumstances dim their shine, and talk about how they are going to look "superb" at an upcoming event.

“On this day my mom was in a semi-coma, until Mam' Lillian walked in and she was in this state. I'll tell you one day what happened and how. Very hilarious,” Somizi shared.

Lillian told SowetanLIVE's sister publication TshisaLIVE soon after Mam' Mary died that the video was from the last time she visited Mary in hospital before the Covid-19 pandemic hit. She said the pair had discussed Somizi's upcoming white wedding and plans for the future.

“It was January and we laughed and talked and cried. Even though she was in hospital, she was joking. I called her again during lockdown and she told me she was well but missing Somizi.”

Lilian said she was not shocked by Mary's passing as her friend had been sick for a while.

“She had finished her race, she was tired. I am glad she has now found relief.”

Watch the sweet video below:

Pearl Thusi, DJ Zinhle and many others flooded his TL with heart emojis.

“Happy 80th to this incredible LEGEND! What a FORCE!” said Nandi Madida, who worked with the actress in Beyoncé's Black Is King  film.

Mam' Mary shared a birthday with the late rapper Jabulani "HHp" Tsambo, who would have turned 40 this year. The TL has also been flooded with heavenly birthday wishes for him.

Late legendary actress Mary Twala captured viewers' imagination with her performance in the film This Is Not a Burial, It’s a Resurrection that ...
Entertainment
1 year ago
Next Article