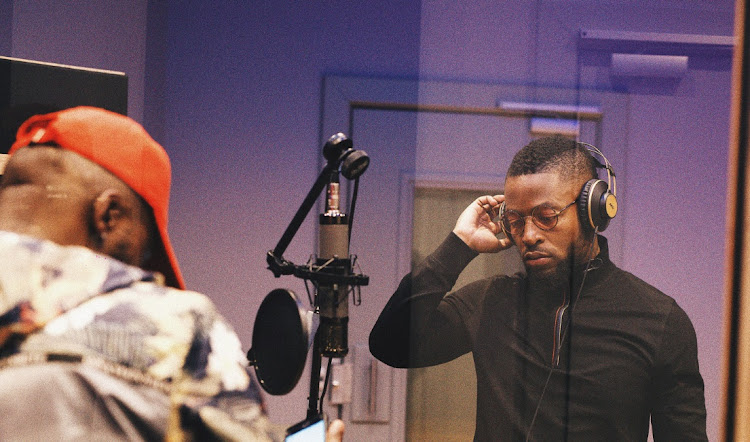 Music producer Prince Kaybee is recording his new Project of Hope album with 10 upcoming female vocalists from all over the country as a tribute to Women’s Month and to advocate against gender-based violence.

Kaybee launched the project about two weeks ago with a talent search on Twitter and 10 winners were selected from the entries.

“I went on Twitter and realised that there was a big outcry during women’s month,” he said.

“All people do is announce rape and taxi service drivers trying to rape and kidnap women. So I decided to do something positive, even if it’s not going to change the world. But it will contribute to what I refer to as a pandemic where men are killing and raping women.

“I decided to do an album dedicated to our sisters that is sung by developing artists.”

Kaybee added that initially he had planned to select one vocal artist but changed his idea completely when he discovered impressive talent that exceeded his expectations.

“I remember I had literally three nights of going over and over videos. I lost count because we got 5,000 retweets, so if you quantify that you are looking at 2,000 videos.”

The Sowetan also had a conversation with the Project of Hope winners at the Universal studios in Rosebank Neo Ramokoka, 27, from Pretoria said: “This opportunity means that I will be doing what I love the most which is being on stage and doing music and there is no amount of money that can give me the energy that I get from being onstage.”

Basetsana Kolwane from North West said: “I am hoping to tell stories through music, to heal and mend broken hearts and explore my spirituality.”

Another winner, Rose Sekwati, 26, said this was personal to her because most of her music writing spoke about abuse. She also wanted to send a message of hope to other aspiring artists that the right time would come for them to flourish.

Kaybee said he was considering expanding the project and including men in 2021.

He felt the time was right for such a project because a friend of his once told him that “if you have R10, don’t give it away to people who need it, but wait until you have enough so that you repeatedly give”.