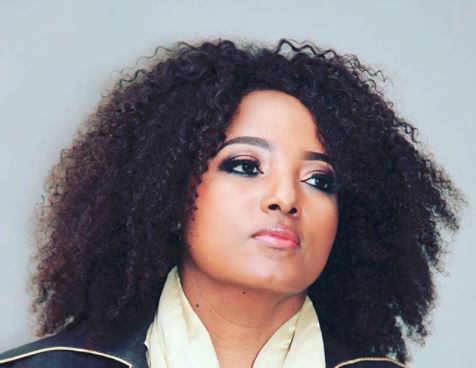 Media personality Criselda Kananda has urged people not to lose touch with their roots.
Image: Via Instagram

Zindzi died earlier month in a Johannesburg hospital, leading to an outpouring of tributes on social media.

Adding her tribute to the politician, Criselda shared a video of Zindzi speaking to Felicia Mabuza-Suttle on The Felicia Show about the importance of knowing where we come from and where we are going.

"Especially since there is now scientific evidence that says that we are the original people on earth. I think we need to respect and research whatever answers we may have for our own survival in our culture."

She spoke highly of the traditional healer and author Baba Credo Mutwa, saying that he is her spiritual father.

“I feel blessed and honoured to be associated with somebody like him. He is like a typical example of the saying that when an old person dies, a thousand libraries burn down and he embodies that”.

In her post, Criselda wrote: Nizilibele Ba Nizalwa Ngobeni Na? (Have you forgotten who birthed you?)

She added that knowing and remembering where we come from will help us navigate where we are going unapologetically with conviction, and that knowledge kept our forefathers grounded and incredibly wise.

“I just worry about our children. I don’t know if they are equipped or are they even interested in our indigenous wisdom. Strangers referred to our ways as dark, quackery and barbaric and we believed them and helped spread the lies."

“We are happy to have given her a beautiful and celebratory send off. I can’t describe the feeling. It’s been an unfortunate loss,” Zondwa Mandela ...
News
1 year ago

Family and friends of the late Zindziswa “Zindzi” Mandela gathered at Fourways, north of Johannesburg, on Friday morning to lay her to rest.
News
1 year ago

Zindziswa “Zindzi” Nobutho Mandela, the youngest daughter of apartheid stalwarts Nelson Mandela and Winnie Madikizela-Mandela, is being laid to rest ...
News
1 year ago
Next Article