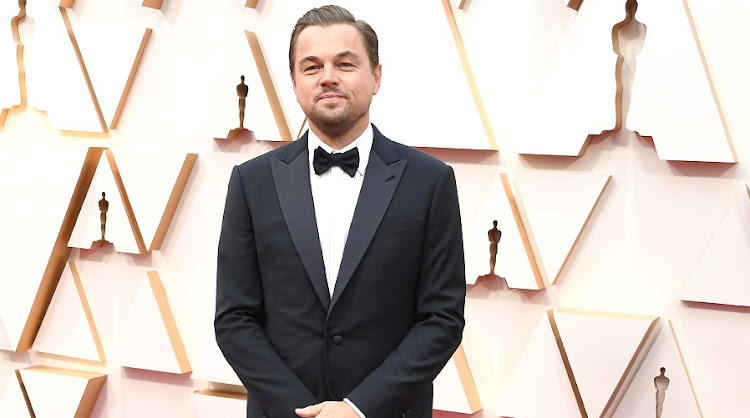 Leonardo DiCaprio's Appian Way called dibs on the rights for the series before Lauren's book was even published.
Image: Steve Granitz/WireImage

SA author Lauren Beukes is on cloud nine after the international tech and media giant Apple signed  for a series based on her 2013 best-selling novel The Shining Girls, produced by Hollywood star Leonardo DiCaprio.

The series centres on a depression era drifter who is on a mission to murder “shining girls", namely bright young women filled with potential. He stalks them, leaving clues on their bodies, until one of his victims survives and starts hunting him.

The series will star Elisabeth Moss as the Chicago reporter who survived the assault and hunts for her attacker.

Elisabeth and Leonardo, through his company Appian Way, will executive produce the series.

Lauren told SowetanLIVE's sister publication TshisaLIVE she was thrilled to have her book made into an international series, and said Leonardo's company and MRC Television reserved the rights to make the series before it was published.

“Development takes a long time. Most books that are optioned never make it to screen. It’s about chemistry and finding the right talent, in this case show runner Silka Luisa, a phenomenal young writer who wrote a killer pilot which piqued the interest of Elizabeth, who came on board last year to star and be an executive producer.”

Lauren revealed there had been a bidding war between networks for the series, with Apple winning the rights.

She said shooting would probably only start in the middle of next year due to the Covid-19 pandemic.

Lauren hopes the deal will inspire more international production companies and networks to take a look at SA talent.

“It’s so surreal and amazing. It means a lot for my career and the possibility of some of my other work making it to film. Mostly, I hope it will spike interest in other South African adaptations. I can think of a few projects I’d love to see make it to film, from Mohale Mashigo’s short stories to Masande Ntshanga’s Triangulum.”

Lauren described it as a “lightning strike of luck and success”, but said it came from years of hard work and perseverance.

“It helps when you’re out there holding a lightning rod. This isn’t a lottery win or an overnight success. I have built and built and built. You have to keep doing the work, keep writing, keep putting it out there. It’s taken me 12 years and five novels to get here.”

Get ready for more kidnapping mystery as Blood & Water has officially been renewed for a second season.
Entertainment
2 years ago