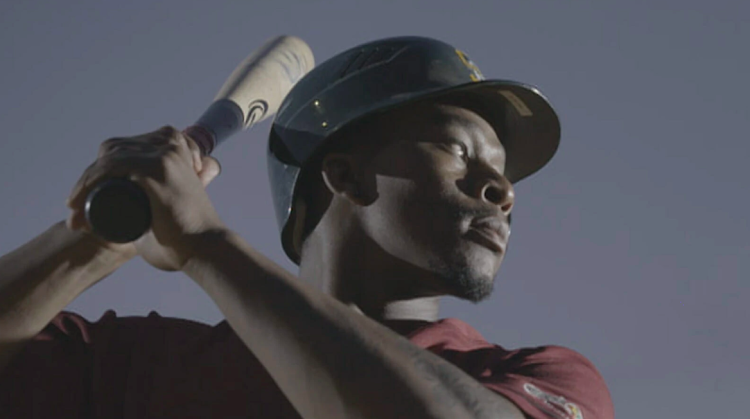 From his humble beginnings living in the back room of a baseball clubhouse to walking out on the field as the first continental African to play Major League Baseball, Gift Ngoepe’s life sounds like it’s been taken straight out of a Hollywood script.

His story of passion meeting destiny is captured in the new documentary Africa’s Home Run: The Gift Ngoepe Story, now streaming on Showmax.

Showmax spoke to 30-year-old Gift about his journey to becoming a pro baseball player.

‘Keep pushing, no matter the circumstances’

Mpho Gift Ngoepe started life in rural Limpopo, the son of a determined single mom. His mother, Maureen, moved to Johannesburg when Gift was two, living in the back room of the Randburg Mets Clubhouse in exchange for work. As a child, Gift says he noticed he had less than his more privileged friends, but he always remained positive.

“I got my optimistic attitude from my mom,” he says. “She never looked at others and what they had. She always told me to enjoy life and to keep pushing, no matter the circumstances. There were times when I looked at my friends and envied what they had. But I didn’t ask for anything more because I knew what my mom could and could not provide. My mom gave me everything that I needed, so why should I ask for more?”

‘My mom is the reason I wanted to achieve great things’

As we see in the documentary, Gift’s mom played a pivotal role in his journey to stardom, but died just when Gift was just reaching the peak of his career.

Showmax asked the baseball star what he thinks his mom would have said to him if she had had the opportunity to watch the documentary.

“One of the rules growing up in my mother’s house was that we had to respect the family name. I think if she watched this documentary, she would feel that I have respected her and the family name wholeheartedly.

“And I think she would be pleased that I’ve given her the praise she deserves for making me the man I am today. She was my ‘why’ I played sports and ‘why’ I came to the US and ‘why’ I wanted to achieve great things. It’s all because of her.”

‘I was never known as a home-run hitter’

Hard graft and hour upon hour of practice was what got Gift to the major leagues. He was first offered the opportunity to play in the Junior World Championships, then for the SA national team.

But it was at a baseball camp in Italy that he was spotted by scouts for the Pittsburgh Pirates and offered the opportunity to join the team in the US. He debuted on April 27 2017.

So what does he remember about his first home run as a pro baseball player?

“I was never known as a home-run hitter, so I only began developing strength when I was 18. When I went professional and played for the Pittsburgh Pirates, I could hit the ball over the fence in practice, but in matches, I just couldn’t. I’d ask myself, ‘What is going on with you right now?’

“So my first home run in my professional career became one of those memorable firsts. It was the last day of my season and I had to fly out to come home. I hit a home run and was so excited, but immediately afterwards, I had to take a shower and catch a flight back home. It was crazy.”

Gift tells us that one of his lifelong dreams is to make baseball more popular and more accessible in his home country.

“I’d love to give kids in SA, especially disadvantaged kids, the opportunity to play the sport. Limpopo has a baseball team and they’re actually very good at softball — they’re one of the best teams in the country. They just don’t have the equipment or the resources to form a proper league. I’m hoping that one day I’ll be able to give them what they need to allow them to compete at a higher level.”

‘At the end of the day, it was up to me to decide whether I wanted this or not’

Right now, like many around the world, Gift’s plans are in limbo, as he waits in the US for international borders to reopen. Since his debut, he’s played with teams in the US, Canada and Australia, and has his sights set on a return to the Australian Baseball League, where he was most recently playing with the Sydney Blue Sox.

The message that Gift would like people to take from this documentary is that, to succeed, you have to believe in yourself.

“I can’t stress this enough,” he says. “You will have people who believe in you but that’s not going to be enough to take you all the way. I had to defy all kinds of odds to become the first African-born player to play in the major league. There were times when I didn’t believe in myself, but at the end of the day, it was up to me to decide whether I wanted this or not. So believe in what you’re doing with your craft and then give it your all.”

Showmax is the home of some incredible sports doccies and biopics. Check out HBO’s The Scheme, about the biggest scandal in US college basketball history. Women of Troy follows a history-making women’s basketball team, while boxing fans shouldn’t miss What’s My Name: Muhammad Ali and Ali & Cavett: The Tale of the Tapes.

How to get Showmax from R49 per month

Sign up for Showmax mobile and get full access to the full catalogue on one mobile device for R49pm.

Other ways to get Showmax

New customers get a 14-day free trial and then pay R99 per month.