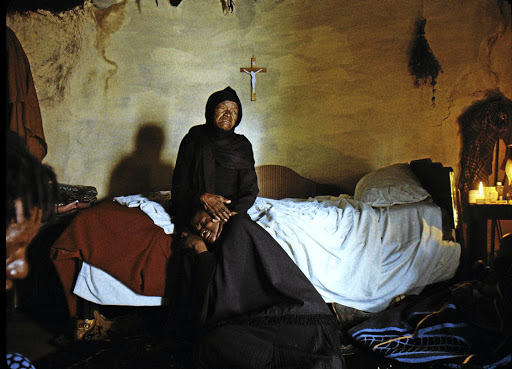 The late Mary Twala as the widow Mantoa in her final film 'This Is Not a Burial, It's a Resurrection'.
Image: Supplied

Mary Twala laid bare her swan song performance in a film that has won early international praises and prizes.

The late actress, who died at the weekend, portrayed a widow named Mantoa in upcoming indie film This Is Not a Burial, It's a Resurrection.

The film is helmed by Lesotho-born and Berlin-based director Lemohang Jeremiah Mosese. It was filmed last year April and May in the remote mountains of Lesotho where there are no conforts of modernity.

Mosese said Twala endured extreme weather conditions with the small crew of 15 in the name of her craft.

"Mary was often carried by crew members or was taken to locations on horseback.

"There was one muddy hill in particular that required her to be carried back and forth frequently," Mosese said.

"Now that she has passed on, I feel like she is carrying us through this life."

The film depicts the journey of 80-year-old widow Mantoa (Twala), who leads a resistance movement after her village is met with forced resettlement due to the construction of a reservoir. 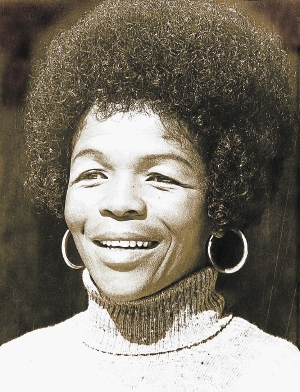 Her co-star in the film Jerry Mofokeng Wa Makhetha told Sowetan the film was the perfect project for Twala to bow out. "The last scene in that film, she takes her clothes off and her upper torso is naked.

"She raises her hands up in defiance of being removed from her soil and the bones of all her ancestors.

"That role was very prophetic for her to say goodbye and I have given you all of myself."

Mofokeng Wa Makhetha was an aspirant actor in the late 1960s and early 1970s when he first discovered Twala. He quickly became a fan as he watched her starring in plays by Gibson Kente at Uncle Tom's Hall in Orlando West, Soweto.

One play that stood out for him was Lefa in which Twala portrayed a deranged woman in search of her husband and son in the city.

"Her two roles in Lefa and 'Resurrection' are 50 years apart and they show a depth that makes her a legend and artist - not a star. So 50 years down the line she was fresh as a daisy," he said.

Twala was renowned for her comic relief characters in local productions such as Sarafina!, Molo Fish, Hlala Kwabafileyo, Generations, Skwizas, Muvhango, Yizo Yizo and many more. This Is Not a Burial, It's a Resurrection is the first time the international community is paying attention to her work.

Tributes for the late legendary actress Mary Twala have poured in since the announcement of her death on Saturday morning. Her son choreographer ...
News
1 year ago

"The thematic richness finds its cohesion in the presence and performance of Mary Twala who invests Mantoa with a stern dignity and steely determination," Allan Hunter wrote in his review for British movie magazine Screen International.

The film has already collected four prestigious movie prizes including at the Sundance Film Festival.

"So much of the success that our film has achieved can be allotted to her [Twala's] performance," Pansegrouw said.

"The fact that This Is Not a Burial, It's a Resurrection is her swan song, is a surreal privilege. She was and will always remain the heart and soul of our film. Her legacy is made eternal through her work and through all of the people she touched throughout her life." 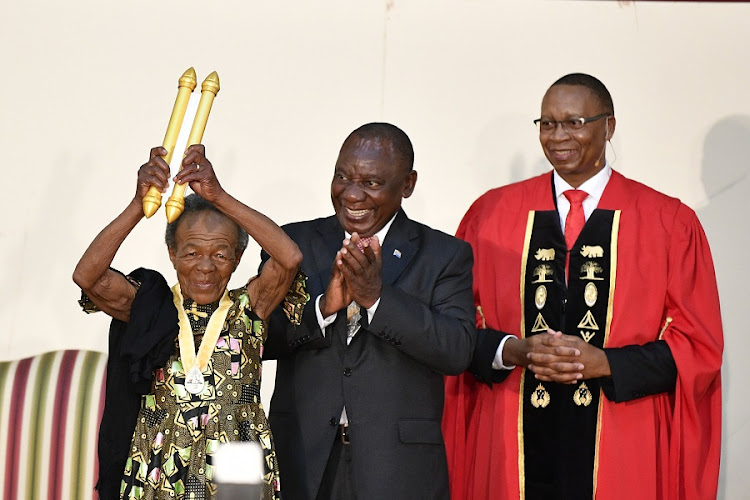 Pansegrouw said a local release date for the film was not confirmed because of the Covid-19 pandemic. She declined to comment on the movie's Oscars hopes as it was "confidential" at the moment.

"I'm shattered to the core but I'd be very selfish if I don't release her. My mom lived to the fullest [and] achieved beyond her dreams," her son Somizi Mhlongo wrote on Instagram.

Gauteng MEC for sport, arts, culture & recreation Mbali Hlophe said: "Mam Mary Twala was a mother to all of us, her charisma and charm could be felt in every role she took on." - Additional reporting by Patience Bambalele