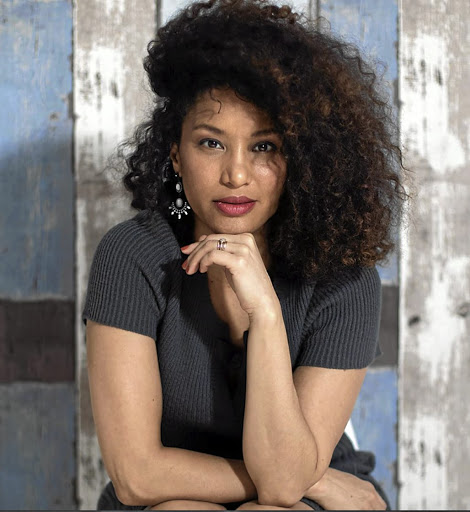 Radio broadcaster and TV personality Kia Johnson is still pinching herself in disbelief after she finally landed a job as a presenter of SABC2 show 50/50, her favourite show since childhood.

Her love for the environment, which started at a young age, has seen her being involved in many environmental campaigns and initiatives.

Some of her achievements include being an ambassador for World Wildlife Fund SA, winning the Most Influential Plastic Free Mzansi Campaigner for 2019, and being listed as one of the top environmental influencers in the country for 2019 by Treeshake.

"I am excited to finally get this job. I auditioned for the show and waited for months before they told me I got it. I still cannot believe that it is me. I am still pinching myself. For me it has been a dream come true," she says.

The 60th anniversary celebration of Radio Bantu last week brought back a flood of fond memories of the golden decades of ethnic channels.
Entertainment
1 year ago

Radio and TV personality Anele Mdoda is returning on the judging panel for the 2020 Miss SA pageant.
Entertainment
1 year ago

"I might have done a lot of things, [like] venturing into the media industry but the environment bug has never left me."

The radio broadcaster who has worked for radio stations such as Radio 2000, MetroFM, SAfm, KFM and GoodhopeFM, joined 50/50 during the national lockdown and the crew was forced to rethink ways to produce the show.

A decision was taken to convert part of her house in Cape Town into a temporary studio where they filmed five episodes of the show.

Johnson, who has presented TV shows such as Expresso on SABC3, says though it was a challenge to balance the two jobs, in the end it worked out fine.

"It was kind of weird knowing that everyone is coming to shoot at my house. I had to make sure the house is in order.

"In between my radio show I had to do a lot of preparation for the shoots and organising.

"The nice thing is that when we started filming, the crew just adjusted and everybody was really amazing, and if it was not for them, I would have not adjusted. It has just been fun and we have been laughing, enjoying the little things as we are going on."

The Cape Town-born TV and radio personality defines 50/50 as an established show that people have learned to trust when it comes to environmental information.

"The show shares a lot of information about challenges of environment, to empower people. The show looks at the threat of climate change, the extinction of land and ocean species, waste management, reckless mining and abuse of our water systems, which is a constant reminder of why a credible show such as 50/50 is important as it can make a difference in our society."

She feels that there is a high level of awareness around issues of the environment and global warming in SA.

She also says it is encouraging to see communities going back to growing their own food and working together to eradicate poverty.