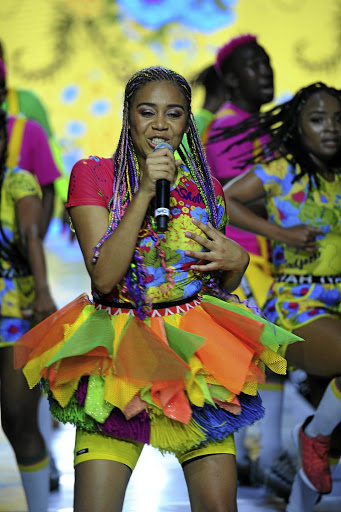 Sho Madjozi holds her own after being nominated in the all-male affair Best International Act category at the 2020 BET Awards.

This is the Tsonga rapper's second nomination at the awards after her big win last year.

That category has better female representation this year, starting with Zimbabwean-born and SA-based songbird Sha Sha.

"This is a huge deal and it feels amazing. I never saw it coming. For me this will just open doors, just a mere nomination is crazy. Having to be recognised internationally is a blessing," Sha Sha told Sowetan yesterday.

"I was at home when I found out and I was just chilling. I got a call from one of my people and informed me that I was nominated.

"I thought it was a mistake and it was someone else. When I saw that it was actually me, I went nuts. I was running and jumping around - I had an out-of body experience."

Tsonga rapper Sho Madjozi has won her second international award in less than a year.
Entertainment
2 years ago

"I'm a crazy fan of Rema. It's such an honour to be ranked among those people. I'm just mind-blown because I felt like I still have to work hard to get to such a level. To me it's all God's work," Sha Sha said.

The virtually-produced 20th installment of the awards will take place on June 28 through "innovative techniques and artist-generated content".

Drake leads the nomination list with six nods, with newcomers Megan Thee Stallion and Roddy Ricch in close second with five nominations each.

"We are excited to celebrate 20 years of black excellence at the BET Awards during these unprecedented times," said Monde Twala, senior vice-president and general manager of ViacomCBS Networks Africa.

"The International Act categories over the years have honoured some of the most talented musicians in Africa. This continues at this year's awards with multiple artists nominated from across the continent, which is a testament to our commitment to shine a light on our own. We wish all our international nominees the best in this recognition on a global stage."